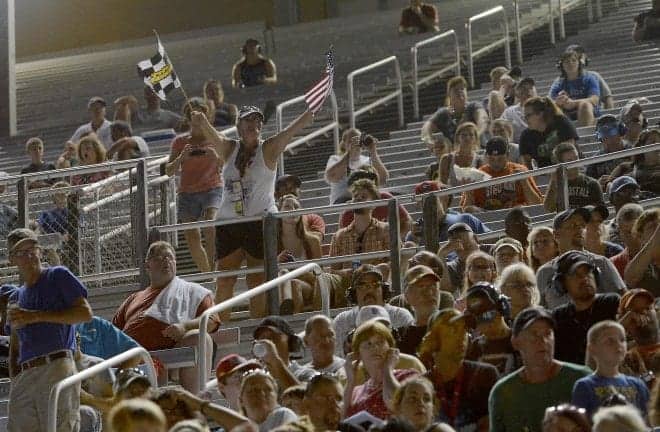 Not happy with just taking on the National Football League (NFL) and the Washington Redskins, Amanda Blackhorse and her legal team have set their sights on NASCAR.

At the heart of the NFL battle is the use of the name Redskins by the famed Washington, D.C., football team. Blackhorse claims it is derogatory to Native Americans and probably to most of the customer support staff of any corporation in America that can afford to outsource such a department as well.

Taking it one step further, Blackhorse is now targeting NASCAR and is demanding that all NASCAR staff, competitors, crew and even fans and television commentators cease and desist using the term injun when referring to the internal parts of a race car.

Lead reporter of BSNews Stu Padasso recently sat down and chatted with squaw Blackhorse in hopes of getting down to the brass tacks – or shiny trinkets, if you will – of the whole matter.

Stu Padasso: Ms. Blackhorse, just what is your beef jerky with NASCAR and their use of the word engine?

Amanda Blackhorse: Are you kidding me? Can’t you see the negative connotations of the word? For Tatonka’s sake! It’s even worse than the NFL using the word redskin! Every week it’s “Drivers, start your injuns!” or “he blew an injun” or “his injun is only running on seven cylinders,” just to name a few! It just sounds disgusting!

Padasso: I guess it never occurred to me that anyone would find the word engine offensive. What do you know about NASCAR?

Blackhorse: I don’t know anything about it. All I know is that the use of that word sounds disgusting and derogatory and offends me and millions of my people without reservation. But it doesn’t stop there. My sources tell me that they have now started identifying the people who follow NASCAR as separate nations! How do you think people of, say, the Sioux Nation feel about this? I’ll tell you, they are up in arms about it!

Padasso: Ms. Blackhorse, just so I get it right in my notes here, would you please spell engine for me?

Blackhorse: Oh, you mean like a motor? I’m sorry! You’ll have to forgive me; it’s just that I heard it and it sounded so vulgar. I never thought… my mind just isn’t right since I got this terrible sunburn at the beach the other day.

Padasso: Uh, yeah, I noticed the sunburn but I just thought… nevermind. I wouldn’t go to court with the NFL with that nasty burn if I were you. Perhaps some aloe would help; I can dab some on with some TP – I mean, toilet tissue – if you’d like….

In a related story, Al Sharpton has filed a suit against Blackhorse, which basically states that he, Sharpton, an avid Washington Redskins fan, and horses everywhere find the name Blackhorse offensive and derogatory and is demanding that she change her name to just Horse. A hearing date has yet to be scheduled.

BSNews! Your first thought is our first name!

Stay off the wall (and off your high black horse!)

Thanks Jeff for the BSNEWS. Very funny !