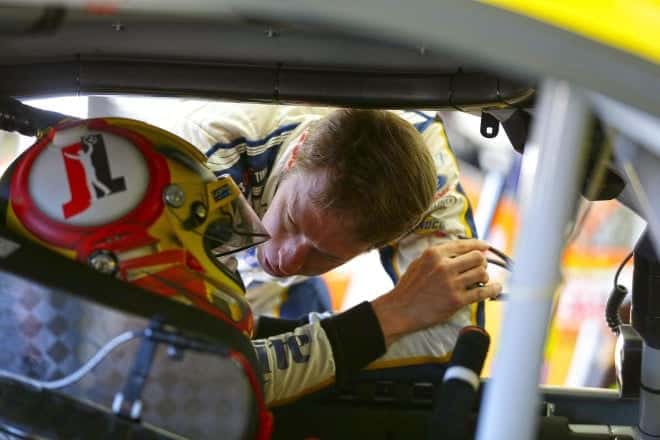 With Texas Motor Speedway being near the bottom of the Sprint Cup Series schedule, there’s no doubt it’ll be a pivotal race in the Chase for the Sprint Cup. That’s why on Monday and Tuesday, Team Penske drivers Joey Logano and Brad Keselowski, along with Roush Fenway Racing drivers Carl Edwards, Ricky Stenhouse, Jr. and Greg Biffle were testing in preparation for the AAA Texas 500 on Sunday, Nov. 2.

Logano and Keselowski have automatically moved themselves to round two of the Chase with victories at Chicagoland Speedway (Keselowski) and New Hampshire Motor Speedway (Logano). Team Penske is currently on a roll having won the last three straight races, and four out of the last five, as an organization.

“That’s how we got to do it,” Logano said per Texas Motor Speedway track release. “We have got to keep fighting hard until the end of this Chase. This was planned before we went to Loudon (N.H). (It is) great we were able to get the win, but we flew down here last night – got here around midnight and got ready for the test today.

“When you win at what you think is your worst racetrack and you go there and win, you feel like you can win about anywhere after that. We’re hitting our stride at the right time. Both Team Penske cars are running really fast right now and we’ve just got to keep going and pushing hard throughout the rest of this Chase. It’s a long eight weeks left and a lot of things could happen.”

Edwards currently sits ninth in points, eight markers ahead of the 12th spot heading into the final race of the first round of the Chase.

“This is it. This is basically your championship,” Edwards said. “If you make a mistake or you don’t do something that you should have, you don’t want to be thinking about that for the next seven weeks and the whole offseason.

“This race is going to be insane. You saw at Loudon how pressure-packed it was and how many folks were pushing it and making mistakes. Dover, you add 30 or 40 miles per hour and a bunch of banking and double the pressure, it’s going to be crazy. We’ve discussed it. We know what we have to do, we just have to go over there and get every spot we can.”

Biffle currently sits in 14th, six points outside of the top 12. Stenhouse, Jr. did not make the Chase in his sophomore season as he continues to search for his first career Sprint Cup Series victory.

“It is critical and that is why we are here testing,” Biffle said of the test. “Trying to figure out our program for these mile-and-a-halves and a lot of times when you find speed at these places that transfers to shorter tracks as well. We are working hard to try and find some speed.”