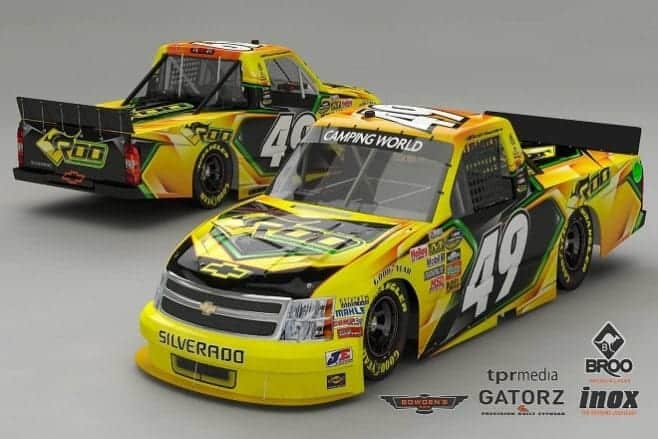 As one Australian leaves the sport of NASCAR, another Australian — or, at least, an Australian venture — is set to join it.

Roo Motorsports, a new Australian-based team, plans to join the ranks of NASCAR in the Camping World Truck and Nationwide series.

According to WBTV in Charlotte, the team will soon announce that it will formally set up its headquarters in Salisbury, N.C., to field a Chevrolet Silverado in the NASCAR Camping World Truck Series, as well as a car in what will be come the XFINITY Series in 2015.

Scott Saunders, an Australian native and US Karting Champion, is slated as the team’s driver. The 25-year-old made three starts in the Nationwide Series in 2012, with a best finish of 28th.

Roo Motorsports’ website states that the team was started back in 2013 and was expected to field its trucks in the 2014 Camping World Truck Series season; however, there is no word on if the organization plans to field an entry before the year is over.

Marcos Ambrose, a fellow Australian native, leaves as Roo Motorsports arrives. The two-time Cup Series winner is departing NASCAR at the end of the season to race V8 supercars in Australia.