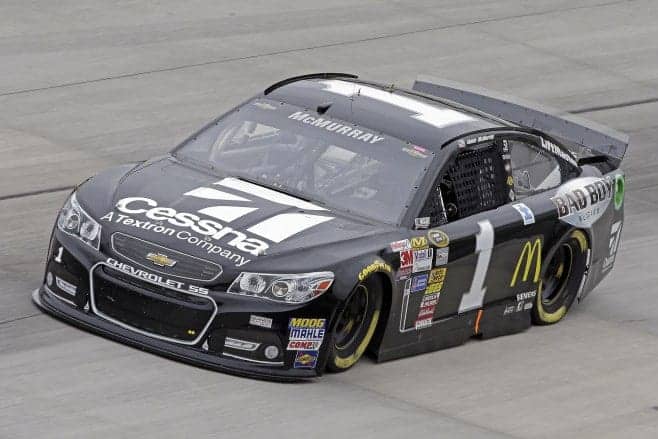 Does the Future Continue to Look Bright for Jamie McMurray?

Can you believe it has been 12 years since we witnessed Joplin, Mo.’s Jamie McMurray shock the masses with a win at Charlotte Motor Speedway in his second career NASCAR Sprint Cup Series start?

Here he is in 2014, still virtually with the same team owners and still with a shot to win many weekends, yet we have never witnessed him on the stage at season’s end with a top 10 finish in the standings. He has been victorious in almost all of the crown jewel races, yet for every one major accomplishment seems to follow two or more mediocre performances.

All signs indicate he will be back for 2015 with Chip Ganassi Racing with Felix Sabates, but what about after that? Can he sustain being a driver worth considering as a key part of a team for more years to come?

McMurray has never been one to set the world on fire. Since a dominant effort at his home track, the word “dominant” has not really described his driving style. After one full season in the Midwestern NASCAR RE/MAX Challenge Series Late Model ranks that resulted in one top 5 finish, he would sneak up on the competition in the NASCAR Camping World Truck Series with a very surprising pole in his first appearance at Michigan International Speedway and a string of strong finishes with an underfunded team.

What many may not remember is that McMurray’s first victory in Cup as a somewhat skeptical fill-in for Sterling Marlin came before his first victory in the Nationwide Series. Perhaps the first time we began to see the ebbs and flows throughout his career at the top level followed. Not another win during that tenure with Ganassi/Sabates, and he had an experienced crew around him. Things still never quite gelled. After that, how can we forget his average-at-best tenure with wins at a couple plate tracks before he was ousted from a ride with Roush Fenway Racing?

Then Ganassi did the unthinkable. He gave a guy a ride who, although I do not enjoy stereotyping, was probably not the ideal spokesperson demographic-wise for main primary sponsor at the time Bass Pro Shops.

Together they proved the doubters wrong winning three banner races, but once again it all wasn’t there.

Let’s fast forward to 2014 now and there they are still together. He outran a number of more recent and more frequent winners in the NASCAR Sprint All-Star Race. He has led in four of the last seven races. In all, he has led more laps than five of the 12 remaining Chasers – but again where are the finishes? What do all of the ups and downs mean? Are the glimmers of positive performance enough to keep him in the Cup garage?

Perhaps Juan Pablo Montoya’s departure gained him some time, but there are many drivers out there just chomping at the bit for a ride like McMurray’s. Yet he has run up front and across all these years has continued to prove he can win, albeit not every week, but those wins tend to come at a time where many have forgotten about him or least expect it. When he does win it always seems to be one of the most popular accomplishments among competitors. Bottom line, he’s a likable guy and I’m sure it leads to the positive connections he has with crew members, sponsors, and fans which contributes to keeping him in the business.

I would not be surprised at all to see him continue with the same team past 2015. The big question is: can they ever become a championship contender?

They have proven they can win, but they will need to work better at putting together a string of those runs. Speeding penalties, part failures and tire problems much like at Kansas Speedway need to be kept to an absolute minimum.

On paper, the numbers say that he will never get the job done. Luckily, racing is not solely based on the statistics. He is one of the best at taking advantage of the opportunities offered to him and excels at being in the right place at the right time.

Never count Jamie McMurray out until he is away from the driver seat – which I am convinced he will do on his own terms.

Aaron begins his first year with the Frontstretch, writing a Monday NASCAR post-race commentary. A former contributor to SBNation, Aaron handles marketing on the short track level and can be seen at a different local bullring virtually every weekend over the spring and summer, working with teams in various capacities. He’s a native of central Pennsylvania.
Previous Nuts for Nationwide: Regan Smith’s 2015 Could Be His Most Important Year Yet
Next Mayfield Eyeing Full Late Model Outlaw Slate 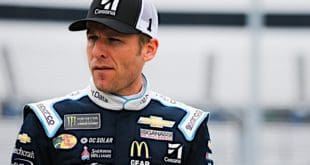 NASCAR on FOX Broadcasting Has Been ‘Great’ for Jamie McMurray 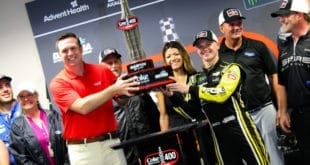 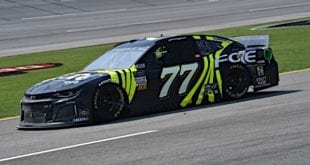