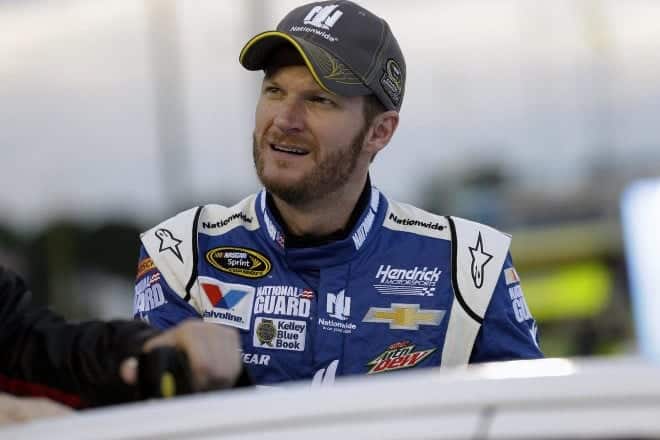 Last weekend, Formula One raced at Japan’s Suzuka circuit in rather treacherous conditions.  The organizers had the opportunity to move the race’s start time up in an effort to avoid Typhoon Phanfone, but ultimately decided against doing so in effort to maximize Europe’s ability to watch the race.  That’s right; even a typhoon couldn’t put one of these events off schedule.

The race began in a downpour, with the cars parading behind a safety car, then to pit lane as a red flag halted proceedings.  Not too much longer after that, the cars again took to the track, and the race went green.  The wet conditions steadily improved throughout the event; at one point, the track looked to have a line that was nearly dry. All of a sudden, critics turned quiet; it looked as though the decision to hold the race at its scheduled time was a good one. For awhile, it appeared the big story would evolve into everyone looking ahead to this weekend’s inaugural race in Sochi, confident Suzuka would run to completion without incident.

That is, until rain pelted the track and Adrian Sutil spun off, slamming into safety tyres.  The common sight of a moving crane came to remove the disabled car, and then BAM!  Jules Bianchi skidded off course and plowed into that very crane.  If you care to watch, here it is.  The end result turned tragic, as Bianchi is currently lying in a Japanese hospital fighting a diffuse axonal injury, in critical (albeit stable) condition.  Happiness Is is no MD, but even Wikipedia states that kind of injury is tough to recover from, leaves most people in a coma, and is all around troublesome.

So maybe NASCAR gets something right.  For all of the comical caution flags that seem to be thrown, stock car racing does do a good job of maintaining driver, crew, and fan safety.  Are some of the debris cautions questionable?  You bet.  But whenever there’s a wreck, the yellow flies, and everyone is ordered to slow, paired with the utmost measures taken in the concept of safety.  IndyCar has done its best to make this standard practice as well.

It seems that F1, which allowed the race to continue with just a local yellow, could learn something from its North American cousins and perhaps adopt a more aggressive yellow policy that may bring out the safety car more regularly.  NASCAR takes its lumps on different decisions, but for a change they’re the ones who have best figured out this kind of problematic situation.

Happiness Is…The Master Plan.  It’s working.  That’s right, the new Chase is working to perfection – insert evil laugh here.  The whole point of the new Chase was to make things more difficult for Jimmie Johnson to win his seventh championship, right?  Thanks to the new format, plus Greg Biffle, the Kansas race may just have accomplished that very goal, which means everyone except Chad Knaus, JJ, Rick Hendrick, and the JJ fans can feel better about things.

The new Chase format brings a different aspect of entertainment to the sport.  With JJ, Brad Keselowski, Dale Earnhardt, Jr. and Kasey Kahne all in spots that make moving to the next round difficult, the race in Charlotte becomes the one that makes their season.  A win jumps the driver to the next round, while a top 5 mitigates the disaster that was Kansas.  An average finish, say thirteenth or so, does little to really push any one of them into the round of eight.  Sure, each of those drivers could win the following week at Talladega, but David Ragan could just as easily win there, too.

The question that should be asked about this new format now is whether or not having JJ, Kes, and Junior, who combine for eleven wins on the season, out of the championship mix so early is good for the sport.  Maybe that’s the interesting aspect, then and what NASCAR is hoping for, that just like the other sports, even the most dominant team can wheeze out early in the playoffs.  But hey, JJ won’t likely move on, right? Oh, I forgot, he’s won like every other race at Charlotte since the place opened. Never mind…

Happiness Is…Second Chances.  AJ Allmendinger got a second chance after his substance issue and found a home in the No. 47 ride, even making the Chase.  Sam Hornish, Jr. never really did anything wrong, except keep those sideburns for so long, but now he’ll be taking over the seat vacated by Marcos Ambrose at Richard Petty Motorsports.  For Hornish, who has been languishing in the Nationwide Series, the second chance must feel like a great opportunity, a decent ride that’s got potential to build into a Chase-contending effort.

RUTHERFORD: Was Hornish The Best RPM Choice On Paper?

Overall, though for RPM ownership the move seems somewhat uninspiring.  Could they not find a more interesting hire, someone that’s up and coming, like Erik Jones, or Chris Buescher, or even a Landon Cassill?  On the surface, the move looks like a retread.  At best, Hornish is likely to give the organization a couple of decent years, probably finish inside the top 20 in points, and maybe sneak a win like his teammate, Aric Almirola, making the Chase by surprise.  On the other hand, maybe that’s all RPM needs for right now before they do move on to one of those youngsters; they need a placeholder until someone like a Corey Lajoie is ready for action.  Kudos to Hornish for sticking with NASCAR, either way; maybe this go round will bring some better results.

Happiness Is… Russia.  Hey, if the Olympics can go there and ignore all the human rights issues, then why shouldn’t F1?  By staging a race in Russia, F1 is expanding their reach while once again gobbling in the money (the cost for a track like Russia to host the race is somewhere in the neighborhood of $60 million).  What to watch for is how well it goes off, especially right after the problematic race in Japan.  It’s always interesting to watch an event held on a new track, how everyone adapts and finds their groove, and the new layout in Russia should provide just such entertainment.

Happiness Is… Boom, Drama.  OK, every time there’s been the hope of drama this year in NASCAR, it has faltered. (See: Richmond, Dover).  So maybe it’s not the cutoff race that really evokes that a gripping storyline; maybe it’s this week at Charlotte.  What kinds of risks do the aforementioned four who could be eliminated make to avoid the crapshoot at Talladega?  Will someone finally take some kind of risk, please?  It’s about time things got interesting, if that’s what the point of this new format was.

Not to rain on the ain’t NASCAR great parade but I believe it took a few driver deaths before the France Empire decided to put safety ahead of profit and install safer barriers.

And they are still rolling the dice on ‘dega.

F-1 is the exact opposite side of the coin when it comes to full-course cautions/safety cars v. NASCAR. They only bring out the safety car when there is carmeggeddon on the track. I hope the tragedy in Japan will lead to some changes. You can’t have cars running those speeds on a wet track when equipment and safety crews are out there.