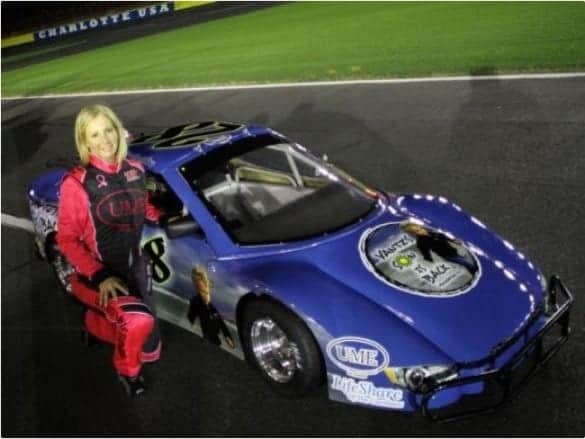 It was a wild (and short) race, but in the end Kristen Yeley was the victor in the fourth annual Better Half Dash.

The old adage that cautions breed cautions rang true as numerous accidents shortened the race to eight laps from its scheduled 25 laps. This was also due to the time constraint with Nationwide Series practice, Sprint Cup qualifying and the NASCAR Whelen Southern Modified race all being run Thursday night.

The action started early as pole-sitter Amy Reimann and Adrienne Pattie got together on the first lap, ending Reimann’s night before she was able to complete a single lap.

A majority of the 11-driver field was involved in some sort of on-track altercation, including Ashley Stremme and Ashley Allgaier, who both failed to complete the race.

In all, the ladies of the Better Half Dash raised $69,412 for charity, more than double last year’s total.