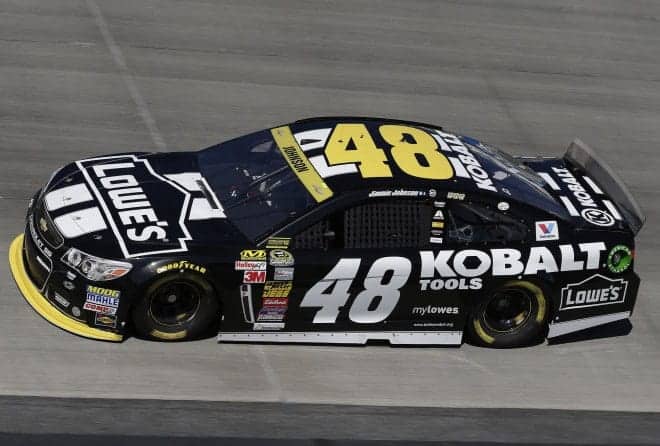 Sprint Cup teams are trying to prep themselves for the Eliminator Round of the Chase for the Sprint Cup in the desert of Arizona this week.

Eleven Sprint Cup drivers and one Camping World Truck Series entry (the No. 00 of Cole Custer) will take to Phoenix International Raceway in Avondale, Ariz., Tuesday and Wednesday of this week as they prepare for the tail end of the season race, the Quicken Loans Race for Heroes 500, on Sunday, Nov. 9.

Among those who are making the trek west to Phoenix are seven drivers who are currently in the Chase – the No. 5 Chevy SS of Kasey Kahne, the No. 24 Chevy of Jeff Gordon, the No. 48 Chevy of Jimmie Johnson, the No. 88 Chevy of Dale Earnhardt, Jr., the No. 11 Toyota Camry of Denny Hamlin, the No. 18 Toyota of Kyle Busch and the No. 20 Toyota of Matt Kenseth.

The drivers that are on the hot seat and need a win to advance to the Eliminator Round going into Talladega – Johnson and Earnhardt – chose to focus their efforts outside the shop this week on the next round of the Chase, making this test session so important to both the Nos. 48 and 88.