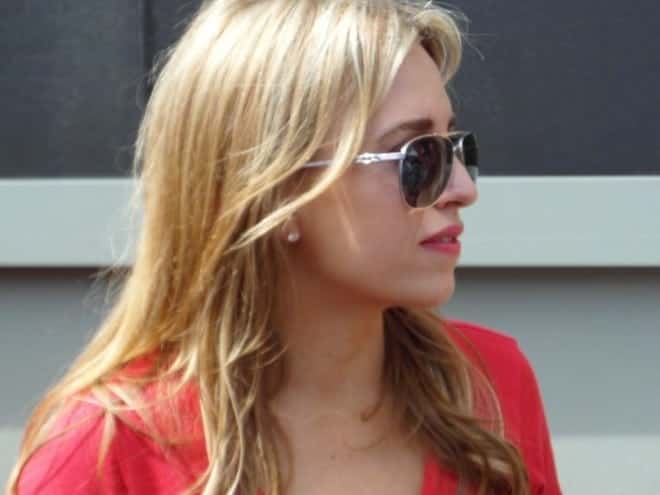 Race cars don’t know what color or sex their drivers are. But the fans in the stands do and the realization over the years across the board has pretty much been this: get a diverse range of drivers on the track, draw a diverse, and larger, base of fans who are interested in seeing those drivers. Getting that variety of drivers on the track, and crew members in the pits for that matter, has been a high priority, not just in NASCAR in the era of the driver diversity program, but in most racing series over the last thirty years or so.

Walk around the pits at an NHRA event and there’s some argument that this concept is true. The fans are just as diverse as the drivers. And, yes, you are likely to see a majority of African American fans drawn to J.R. Todd or Antron Brown, Latino fans at the ropes for Cruz Pedregon, and scores of women and little girls waiting for Courtney Force or Erica Enders-Stevens.

You could say that the NHRA does diversity probably better than anyone else. Maybe it’s got something to do with the fact that the NHRA is the racing series that is most closely connected with car culture as a whole, particularly in California where it originated, and car culture has always enjoyed diversity.

Perhaps the most telling observation about it is that when Brown or Todd or Pedregon win a race, we don’t hear about how it’s the whatever number win for an African American or Latino driver, something we are still reminded of in NASCAR when, say Bubba Wallace wins.

It’s today’s female drivers who are probably the last of the pioneers. We are still keeping track of them as female drivers more frequently than just as drivers. True diversity probably happens when that’s not the case, but consider the long road they’ve traveled to get to this point, a road that started slowly and really has only gained serious momentum within the last half decade or so.

“Used to be in the old days a big majority (of fans were) men and the women were there because they had to be and now with the children and what we have to offer it’s mixed,” says Funny Car legend John Force. “There are women in our stands. They’ve got to have somebody to cheer for so why wouldn’t you want drivers?”

That was actually the argument that helped Shirley Muldowney, the trailblazer for women in NHRA racing, in her fight to get her Top Fuel license from a less receptive NHRA in the early 1970s. It wasn’t until they saw what a draw she was for fans that they gave in and let her race. But acceptance by everyone was not instant. Or even quick.

“The women work hard. I ain’t saying they work harder than the men, but they work as hard and they put up with a lot of crap. Shirley put up with the most. In the early days the men didn’t want them here, you know?” says Force.

By the time Angelle Sampey-Drago came around in the 1990s, she faced, well, pretty much the exact same thing 20 years later.

“When I first started there was one or two other girls that were showing up here or there but in the very beginning I was the only one that was full time,” says Sampey-Drago. “It wasn’t received well by my male counterparts. It was hard. It was a lot like what Shirley Muldowney went through.

“I just wanted to be friends. We’d pull up to the staging lanes and these guys are all huddled around talking guy stuff and I’m by myself. I’d walk over to try to get in the conversation and they wouldn’t do it abruptly but not long after I had gotten there they would start breaking off like ‘Ah we don’t want to talk anymore’ and they’d just walk away. It took quite awhile to get to where I could walk up and we’d continue laughing and joking and being friends.”

Sampey-Drago never let it stop her and what her competitors thought didn’t get in the way of her becoming the winningest female driver in the sport, posting 41 wins and bringing home 3 championships.

She’s recently returned to competition and thinks this time around, things may be much different.

“It has changed so much over the years. There’s girls in every class now and they’re kicking ass,” she says. “Now it’s like well you got a girl in the other lane, they’re used to it now so it’s no big deal. I know that it’s not 100% gone because I have talked to Erica about it and it’s still there, just not nearly as bad as it used to be.”

Enders-Stevens is in much the same position as Muldowney and Sampey-Drago before her, the first woman to enjoy success in her male dominated Pro Stock class. Fitting perhaps then that Enders-Stevens has the original trailblazer as a friend and confidant.

“Growing up at the races I was, I still am a huge Shirley fan,” she says. “It’s awesome to have her support but I can sit around for hours and just listen to her tell stories and her advice is awesome so I’m really glad to have her in my corner.

“I don’t know, I think if you ask the other ladies the same question we don’t want to be viewed any differently but at the same time it’s a pretty cool aspect that we’re the only females out here in a male dominated sport and not only are we just out here but we’re competitive and we’re winning races, all of us.”

Ask Brittany or Courtney Force, and while they get the fact that they are part of something special, they’ve had a much different experience. For the Force girls at least, they might elicit a different attitude from their competitors because they’ve grown up among them.

“I grew up out as a kid at the race track and loved being out here and that’s why I think everyone’s been so supportive of me coming in to a Top Fuel car as a driver because I grew up with all these people and I remember watching Tony Schumacher when I was younger and Bernstein,” says Brittany Force. “I grew up out here as a kid so I think that’s why everyone has been so supportive.”

Things have changed and the NHRA is in many ways years ahead of many other forms of motorsports in terms of diversity and acceptance. In the early 1970s, Shirley Muldowney had to fight just to get the sanctioning body to allow her to compete. In 2014, Courtney Force scored the 100th victory by a female driver, a milestone celebrated by that same sanctioning body. At driver introductions in 2014, all the drivers sit together and talk, black, white, brown, male and female.