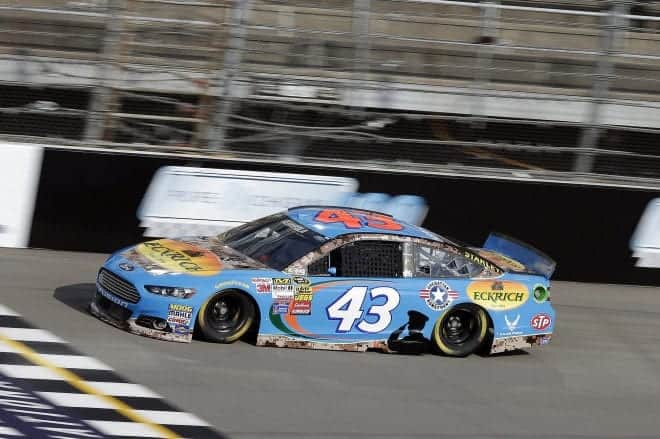 The owner of the Nos. 9 and 43 NASCAR Sprint Cup Series cars, as well as the No. 43 Nationwide team,  will reportedly move its race shop at the conclusion of the 2014 season to Mooresville, N.C.

Originally reported in the Charlotte Observer and confirmed and updated by RPM, the organization was in the process of searching for a new location because its current building in Concord, N.C., was recently sold.

After the season has ended the team says it will move to 112 Byers Creek Road in Mooresville, which also served as the home for RPM for two seasons in 2007 and 2008, and currently is the home to Turner Scott Motorsports. Turner Scott has had various funding issues and has decided not to renew its lease at the location.

“We’re moving back to a place that we have been before and really liked. It’s familiar to us and we know it gives our employees the tools they need to prepare our cars to win,” Richard Petty, co-owner of the team, said. “This is just another improvement that we’re making to move the race team ahead,”

The new facility, according to the organization, will allow for more space for race operations, as well as for future growth.  And according to a report by Lee Spencer of Motorsport.com the building that currently houses RPM in Concord has been sold to Athenian Motorsports which fields the No. 25 in the Nationwide Series and No. 05 in the Truck Series for John Wes Townley.