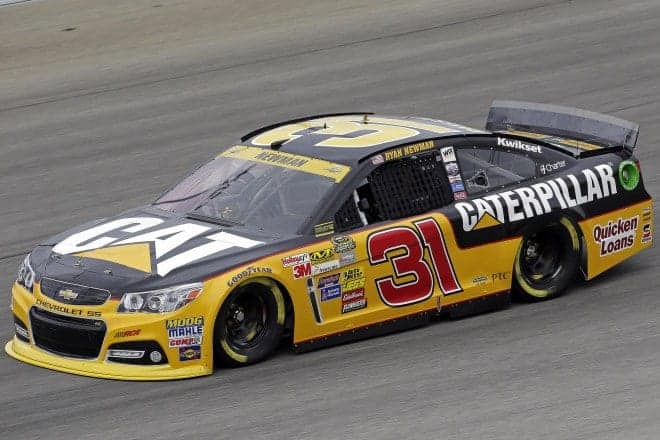 Ryan Newman came out of Sunday’s GEICO 500 looking very good.  He had just finished fifth and qualified for the Eliminator round of the Chase for the Sprint Cup easily.

In the “Room of Doom,” Newman’s car was found to be too low on both sides.  Normally, that would be considered a big enough infraction to see Newman being docked points.  Due to the ruling potentially affecting the driver lineup for the Eliminator round, NASCAR has taken Newman’s car back to the NASCAR R&D Center in North Carolina for further inspection.  NASCAR will make a decision pertaining to Newman’s No. 31 very quickly, possibly as soon as Monday.

If the violation is judged to be at P3-level or below, the penalties will not boot Newman out of the Eliminator round.  NASCAR could choose to assess the penalty prior to the points reset.  If that were to happen, Newman would still start the Eliminator round with the same 4000 points as the other seven drivers.  If the penalty is considered to be at P4-level or above, post-race penalty escalators would go in effect.  That would provide a substantial enough penalty to remove Newman from championship contention in favor of Kasey Kahne.

Newman, who ended the Contender round in a tie for second, was 27 points ahead of Kahne in eighth.

Too bad he couldn’t have REMOVED the fenders — cars with MISSING body work NEVER fail post race inspection AND, — somehow always make weight, too — minus hood,grill, and front or rear body work