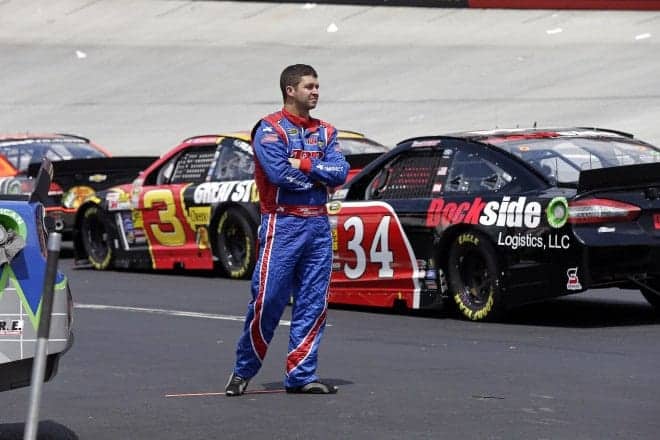 Tommy Baldwin Racing announced on Tuesday that FLASR will serve as primary sponsor on Reed Sorenson’s No. 36 Chevrolet at Phoenix International Raceway next month.

“It means a great deal to us that FLASR will join us for Phoenix,” said Sorenson. “This group of guys at TBR have been working hard on the No. 36 car all season and for someone like FLASR to join us is proof that we’re doing what is needed to attract good partners. Now, it’s on us to make sure we give the FLASR folks a great race.”

Sorenson garnered a significant amount of television time last Sunday at Talladega Superspeedway while running near the front of the field en route to a season-high 14th-place finish.

“We’re thrilled to team up with Reed and TBR for the launch of our all new bottle design and sizes during Phoenix race weekend,” said Everett Dickson, Chief Executive Officer of FLASR. “Our product has been purposely built to use anywhere, engineered for one-handed operation. We know the NASCAR fan base and community can appreciate engineering on the go. They’re going to love it.”

FLASR is a company that “created the perfect tool for moist tobacco and snuff users, looking at many size, shape and locking options for the perfect bottle and cap.”