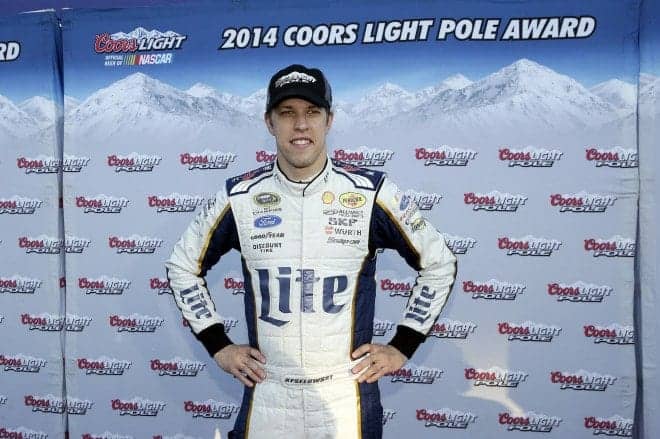 Back in June, we discussed the abnormality that was the average starts and finishes of drivers like Kevin Harvick and Kurt Busch. At that time, both had a fairly sizable discrepancy – in Busch’s case, 10 positions – between where they started on average during a NASCAR Sprint Cup Series race in 2014 and where they finished. Granted, this was just prior to the June race at Pocono Raceway so the season was still youngish, but the fact remained: Harvick, Busch and co. were scoring sometimes tremendous starting positions, only to fall from grace more often than not come the end of the race.

Since then, things have changed at least slightly. Discrepancies have narrowed, average start and average finish generally getting closer to each other. But even still, there are drivers who have excelled at certain aspects of the race weekend while falling behind in others. No one is more evident of that than Busch, who carries an average drop of five positions from start to finish – not as bad as before, but still quite a slide.

But two drivers have paved the way when it comes to average start, both competitors who were mentioned in that column back in June as those who had a significant slump from start to finish on average. Interestingly, both are still in the Chase entering Martinsville Speedway and the Eliminator Round, and both have been lights out when it comes to Friday or Saturday, depending on when pole qualifying occurs.

Brad Keselowski and Kevin Harvick aren’t just some of the lead Chase contenders in 2014. They’re putting on a clinic qualifying-wise.

As the circuit travels to Martinsville, Va., Harvick and Keselowski have won 13 of the 32 poles awarded in Sprint Cup competition this year. Keselowski, who maintains the top average start in the series at 7.1, has earned five of them, having come into special form more recently as Team Penske ramps up its program in the Chase.

Harvick, meanwhile, has eight. Sound like a lot? That’s because it is.

Not in nearly 10 years has a driver been this great in pole qualifying. The last time someone even approached it was in 2009, when Mark Martin scored seven.

To find the last time someone equaled Keselowski’s feat, go back to 2005, when Ryan Newman was in top pole-winning form. Remember then? The guy was on a blistering pace the first few years of his career, garnering a mind-boggling average start of 6.3 that year.

And now, finally, someone has the opportunity to go down as someone who could have gone toe to toe with Newman in that era. Perhaps coincidentally and perhaps not, Newman was also driving for Penske back then.

As such, Keselowski has the opportunity to do, with four races to go, what no driver has done in 10 years: win nine poles in a season. The last time that was accomplished? You guessed it: Newman, 2004.

Beyond that, Keselowski will have to work even harder to match Newman’s personal record of 11 poles, set in 2003. That’s not an unmatchable – or even unbeatable – number with four races to go in the season, but it’s certainly intimidating.

Just goes to show you that track position at the beginning of a race has remained incredibly important this year, and that drivers are able to get the new qualifying format figured out – and dominate -without a problem.

In fact, each of the top four drivers in terms of average start in the series are still in the Chase, with 16 poles – half overall – among them. Jeff Gordon is third, having also scored two poles, while Keselowski’s Penske teammate Joey Logano is fourth, one pole to his credit.

These are the teams firing on all cylinders, coming to the track prepared not only to eke out good finishes but also have great starts to them via their qualifying position. It probably comes as no surprise that these four have combined for 18 of the 32 race wins this year, too.

The only downside? Keselowski has one of the largest slides between average start and finish at a 5.8 dip.

But hey, when that still means a 12.9 average finish and six wins to his credit, is it really that big a deal?

I simply want to tell you that I am all new to weblog and definitely liked this website. Probably I’m planning to bookmark your site . You definitely have very good stories. Appreciate it for sharing with us your website page.