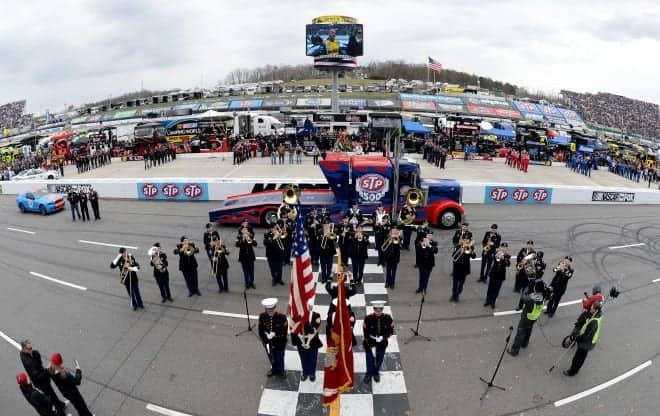 Every racing series in the world has that one race track that defines the very foundation of what it was built upon.

For the Sprint Cup Series it is the high banks of the Daytona International Speedway, for the Indy Car Series, it is the hallowed grounds of the Indianapolis Motor Speedway that leaves an indelible mark, The famed Monza race course does it for Formula One.

When it comes to the Camping World Truck Series there is always a debate as to what track automatically triggers thoughts of the series and the memories in which the series was built on.

For me there is no debate. To me the legendary Martinsville Speedway is the very definition of the fabric the Camping World Truck Series was built from.

From its first race at Phoenix International Raceway in 1995 until now, the Truck Series evolved from the grassroots of short track racing to racing in multi million dollar motorsports meccas. One thing has remained constant and that is a half mile paperclip shaped oval located in Henry County,Virginia that has seen many of NASCAR’s past and current stars cement their legacies by winning on NASCAR’s oldest and most hallowed grounds. Names like Petty,Gordon,Johnson,Waltrip, and Earnhardt have all staked their claim to greatness and many of the regulars in the Camping World Truck Series have claimed their first NASCAR win there.

Darrell Wallace Jr.’s win at Martinsville was a ground breaking moment for NASCAR as he became the second African American since 1963 to win a NASCAR Touring Series race. Wallace dominated much of the afternoon leading ninety six of 200 laps holding off Brendan Gaughan by 1.673 seconds.

It is a practical who’s who that have went to Martinsville’s victory lane in the thirty one races held there. Drivers such as: Mike Skinner, Joe Ruttman, Dennis Setzer,Rick Crawford, Ricky Craven, Jamie McMurray, and Matt Crafton have been able to take home one of the most trophies in racing Martinsville’s Grandfather clock which has been presented to race winners at the speedway since 1964. Another of the traditions that makes Martinsville more unique than any of the current tracks that comprise the truck series scheduled is victory lane is held on the frontstretch at the start/finish line in front of the fans just like you would see at your local Saturday night dirt track.

While Martinsville remains one of the sport’s toughest race tracks it has yet to lose any of its small town local race track feel that is popular with fans and drivers alike. There isn’t a bad seat in the house and likely by the end of the day you will see tempers flare like last year when Kevin Harvick and Ty Dillon went at it.

While many fans clamor for the high speed mile and a half and restrictor plate tracks. Let’s not forget the Martinsvilles of the world. Tracks like it were the birthplace of racing and continue to be the driving force of the grassroots racing we see today. For every person that wants to see more tracks like Daytona I sit and think I would like to see a hundred more Martinsvilles. To me its everything racing should represent and it is more special than words can explain.

I simply want to say I am just very new to blogging and definitely savored this blog. Probably I’m going to bookmark your blog . You certainly come with terrific well written articles. Appreciate it for sharing your blog site.