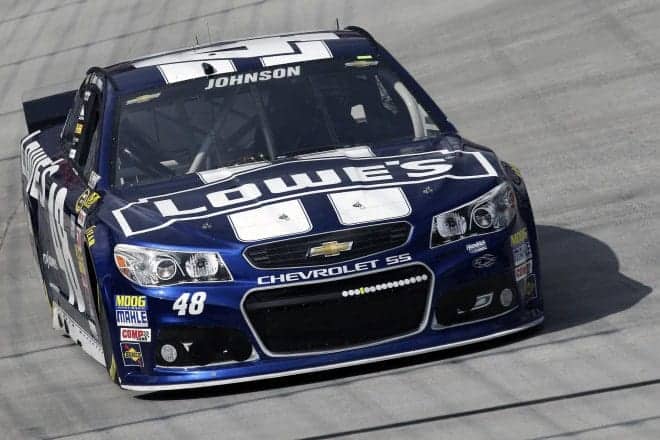 His title bid may be over, but Jimmie Johnson still has something to prove this weekend at Martinsville Speedway.  A win would cement Johnson as the active win leader at the track.  Johnson currently has eight wins at Martinsville, and he showed strength in the first of two practice sessions on Saturday, topping the speed charts with a lap speed of 98.023 mph.

Unfortunately for Johnson, the driver he’s tied with with those eight wins, Jeff Gordon, was second with a speed of 97.699.  Martin Truex, Jr., Jame McMurray and Kevin Harvick rounded out the top 5.

I simply want to mention I am just beginner to weblog and truly enjoyed you’re blog. More than likely I’m likely to bookmark your website . You certainly come with terrific writings. Thanks a bunch for revealing your web site.

It truly is almost extremely difficult to encounter well-updated viewers on this theme, however, you look like you know what exactly you’re covering! With Thanks

You’ll find it practically unattainable to encounter well-updated people on this subject, still you appear like you comprehend those things you’re talking about! Thanks

It’s mostly close to impossible to come across well-updated americans on this niche, however, you look like you realize which you’re covering! Appreciation

We just desire to advise you in which I am novice to writing a blog and pretty much enjoyed your review. More than likely I am prone to remember your webpage post . You certainly have fabulous article material. Appreciate it for swapping with us your blog information.