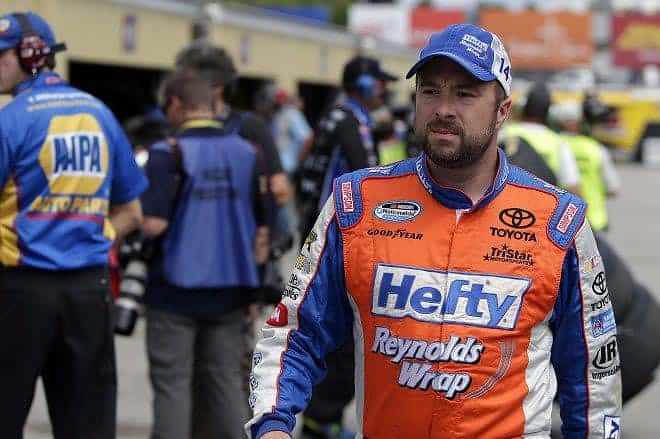 As the 2014 season works its way toward the final race weekend, many have already solidified their 2015 plans or are in the process. Well, Eric McClure and wife Miranda also had their own 2015 plans to announce on Monday. The couple did a spoof of the song Let It Go from Disney’s Frozen to announce that they’re expecting their sixth child next May. The couple currently has five girls.

Content Director Beth heads up management of our 30-person staff, acting as Tom’s main assistant with technology and personnel while working as Frontstretch’s Truck Series expert. The author of Truckin’ Thursdays and the coordinator of the site’s pre and post-race coverage, she also runs a periodic charity column that spotlights when NASCAR gives back. A childhood transplant to Texas, Beth is a 15-year writing veteran who has contributed content to BRANDT and Athlon Sports, among other outlets.
@NASCARBeth
Previous NASCAR’s Most Popular Reminder: Wins Over Chase
Next Who’s Hot and Who’s Not in NASCAR: Martinsville – Texas Edition

There was a surprising winner in victory lane on Sunday night (Sept. 27) following the …