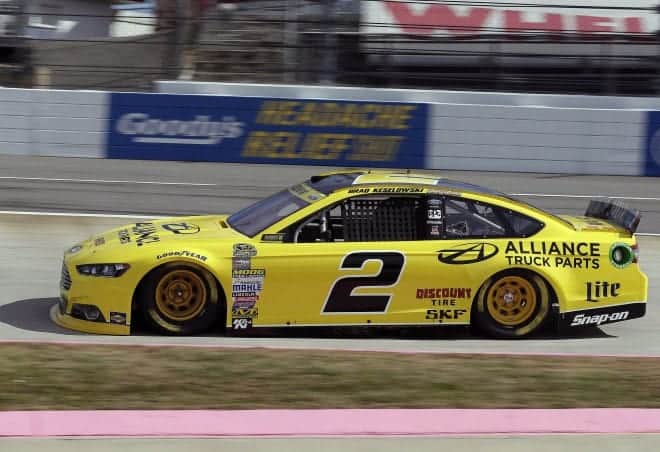 There are plenty of adjectives out there that race fans love to apply to different NASCAR drivers. Usually, the more adjectives applied, the less the fan likes the driver he’s attaching them to, so they should be taken with a grain of salt. But, truth be told, some drivers are more laid-back, or more outgoing, more aggressive, more something. It’s part of having 43 people in close proximity; they’re not all the same. They’re different.

And you know what? The sport needs all of them.

Think about it for a minute. As popular as any driver can be, if there were 43 of him, the sport would lose something vital. Throw 43 Dale Earnhardt, Jrs. out there and after awhile, it would get tedious. The same opinions, the same driving style, the same sense of humor… it would all get stale pretty fast if that was all there was. Your favorite food every meal sounds great, but how many meals would it take until you were begging for something different, a little ice cream to take away the monotony.

Take Brad Keselowski. He’s brash and aggressive on the track, outspoken and sometimes abrasive off it. If others race him with respect, Keselowski returns the favor, but if they don’t… well, he returns the favor. His openness, that willingness to say just about anything, just about any time, offends the sensibilities of some who say he’s arrogant. Maybe he is. It can be argued that you have to have a certain amount of arrogance to get to the top of a sport. Keselowski is refreshing to some fans, reviled by others. But if you want the truth, NASCAR needs Brad Keselowski.

Take Jimmie Johnson, too. He’s smooth, annoyingly perfect on the track. He’s equally smooth when he speaks. Johnson never says the wrong thing, always smiles and thanks his sponsors. He races clean and sometimes better than perhaps on paper he should. His ability to remain calm and to say what’s expected of him has earned Johnson the distinction of being vanilla, boring. He’s also been taken for arrogant due to his cool demeanor, the polar opposite of Keselowski’s, perhaps, but somehow leading fans to the same conclusion. But if you want the truth, the sport also needs Jimmie Johnson.

But why? If the sport needs drivers who are outgoing and sincere, why wish for others who are reserved and cool-headed?

The simple answer is that not everyone likes the same flavor. If Keselowski vs. Johnson is beer-flavored ice cream (yeah, that’s a thing) vs. vanilla, well, not everyone wants one or the other. Heck, some don’t want either. But it’s more than just a variety of choices.

To have the full effect of a driver like Keselowski, there needs to be a driver like Johnson. They complement each other. Keselowski and say, Denny Hamlin, are a different contrast. Johnson and Jeff Gordon yet another.

But you need a guy wearing a white hat to go with the one in black. At risk of revealing my age here, who remembers the movie The Breakfast Club? It’s a classic. But imagine the movie if, instead of six very different kids in Saturday detention, there were six John Benders. He’s a lot of people’s favorite character, but six of him would ruin the movie. That goes for any of the others. You might not like them all equally, might not identify with them all, but you saw them for who and what they were. And they all made the story better. Even if you thought sushi for lunch was snobbery at its finest or taping a kid’s buns together was the ultimate act of bullying, you needed those people to complete the movie.

It’s like that. In order to have a good guy, you need a foil. To have a villain, there has to be a hero. NASCAR has appealed to fans because it had the Dale Earnhardts and the Richard Pettys. There must be someone to love and someone to love to loathe.

Sponsor plugs aside (some sponsors are clearly more lenient with their drivers, and more probably should be), not all 43 drivers in the Cup field Sunday are the same. There’s the aggressive one, the boring one, the funny one, the slippery one, the good guy, the bad guy, the bad boy and the nerd. And the sport needs them all. No matter who your favorite character is, without a supporting cast, he’d fall flat.