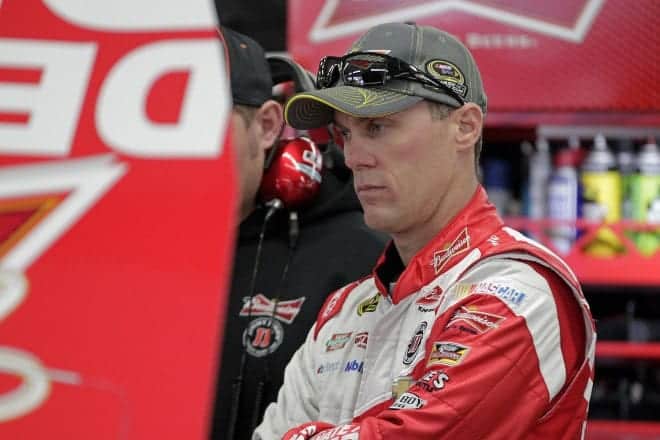 It seems like yesterday that Kevin Harvick was making his first Sprint Cup Series start at Rockingham Speedway just one week after the death of Dale Earnhardt. Fast forward 13 years and 499 starts later, Harvick is set for a career milestone as he makes his 500th career Cup Series start this weekend at Texas Motor Speedway.

Harvick has earned 26 wins, 111 top 5s, 226 top-10 finishes and 14 pole awards over the span of his fourteen year Cup Series career. Harvick has recorded three wins this season as he looks to capture his first career Cup championship. Harvick’s championship hopes took a big hit at Martinsville Speedway as he finished 33rd after contact with Matt Kenseth.

Harvick is looking forward to make amends for a dismal spring Texas race where the engine let go on his No. 4 Chevrolet just 28 laps into the race.

“Well, it ranks pretty high right now, just for the fact that I’ve never been to Victory Lane on the Cup side,” Harvick said. “I’ve won a ton of races there in the Nationwide and Truck series as a driver and an owner. We had a really, really fast car there in the spring and had a crazy, freak motor problem. Our mile-and-a-half stuff has really been our bread and butter this year, so I’m looking forward to getting back there and trying to get to Victory Lane. That would really be the best spot to end up.”

While Harvick has six combined wins at Texas in the Nationwide and Camping World Truck series, he has yet to find Victory Lane in the Cup Series. His best finish at the mile-and-a-half oval is a third-place run in 2006.