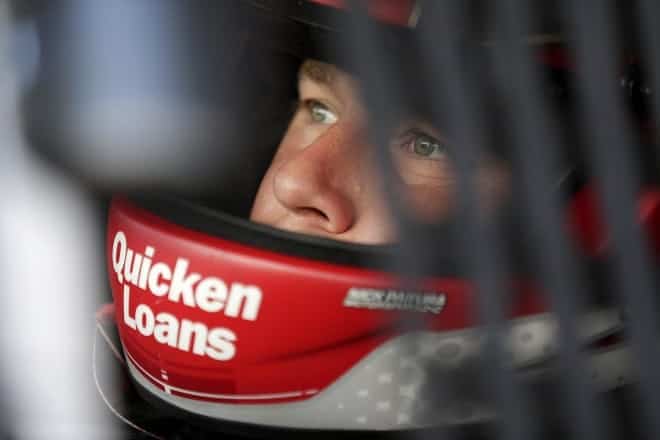 Last Sunday a team that earned its fourth top 5 of the season with a record of zero wins and a total of 41 laps led is in prime position to contend for the championship in the top level of stock car racing come Homestead.

Let that sink in for a moment.

In a modern world where the many changes over the last decade have continued to emphasize putting winning at a premium, organizations continue to find a way around the intended goal while shooting for the top.

Not that anyone is necessarily putting down Ryan Newman. The Richard Childress Racing team has never really been an extremely dominant force when it comes to claiming victories. Only twice has it combined for more than six races in a given season, those coming during its second and third championship seasons with Dale Earnhardt behind the wheel in 1987 and 1990. As intimidating as Earnhardt was, that’s only two of its six titles together where it fielded the winningest driver.

The longstanding organization as a whole has always been able to find a way to have at least one team to be a factor toward season’s end, and it has done it again with its own quiet method.

I can’t stand comparing racing to other sports, but in this case it does have some similarities to college basketball or maybe even poker. Although RCR is far from a fledgling or even underdog operation, in comparison to Penske and Hendrick’s top notch performance throughout most of the season you could say that the team could sort of be like a Butler Bulldog reaching the final four or a nonprofessional poker player who caught one break after another to make the final table in the World Series Of Poker main event. Although winning is paramount, it seems that surviving and advancing is right up there with it. One major error sets you back when a Game 7 situation is created, but at the same time we saw on Sunday that both Newman and Jeff Gordon are well on their way after overcoming pit road violations in the middle portion of the Martinsville race.

What will it say for NASCAR though if, let’s say, Newman is one of the final four, a driver not left in the Chase wins the finale, and Newman is the highest eligible finisher? All of this work that has been put into a new idea and it backfires on the sport. What can you do at this point except roll with it? Granted, there are a lot of ifs for it to occur, but it will prove that consistency continues to be and will always be important in the realm of stock car racing.

Bottom line, Newman and team have put themselves in a spot to improve on their result. Martinsville was a big win despite it being only a third place finish with the two-tire call. Technically they do not have anything to lose – and with the way the numbers shake out, why would they?

“It has played to our advantage mathematically, no doubt,” said Newman.  “We were the 16th seed coming in without a win.  We’ve not won yet.  We were tied for the lead in the points with four races to go.  So mathematically it has played to my advantage, as others, but probably mine mostly.”

It could come down to points entering Homestead. Dale Earnhardt, Jr. is no longer Chase eligible and took home the grandfather clock. Someone no longer in contention could sneak in and hoist the trophy at both Texas and Phoenix. Newman adamantly believes that non-Chasers do not take away from the attention of the Chase at all.

“Without a doubt, no,” said Newman.  “Everybody has an opportunity to win.  If David Ragan would have had a great restart and won (Martinsville), it would have been no different in my mind, being a less popular non-Chase driver.”

It would not be the first time that a driver, who in a traditional race-by-race culmination format would not have a chance to break through in the remaining races, was successful. Kurt Busch initiated the Chase format in 2004 by only winning once in the final 10 races. Then who could not forget Newman’s former owner and teammate Tony Stewart’s late season run in 2011? However, in order to accomplish that feat he had to go out and win every time he was facing championship elimination up until the very last race.

On a brighter note, season-ending success for RCR could play into NASCAR’s hands. There was a two-day test at Homestead-Miami Speedway this week. The only Chase driver that was not in attendance? Newman. NASCAR is banning private testing altogether for 2015, and what better way to show that it does not impact performance than having the team that is not present taking the accolades?

If it all comes together for a successful championship effort in three weeks it will be interesting to see what the implications will be.

The “Championship” this year really has a hollow feeling to it. Luck more than earned. Compare a Lottery winner to someone who starts a small business and through hard work and dedication grows it to a multi-million dollar enterprise. Which person do we respect more?

Hoping that Newman or Kenseth comes out on top at Homestead without a win. Now we have a”Winless Champion”. That’s just a bad image no matter what spin you want to put on it. But at Homestead if either Newman or Kenseth is close to pulling off this scenario, You can bet NASCAR will make an “adjustment” read caution flag or pit road speeding penalty or whatever it takes to prevent a winless champion from happening.

It would be ironic if Newman won the title without a win, considering it was his 8-win 2003 season v. Kenseth’s 1-win championship that helped usher in the Chase. Newman and RCR are just playing by the rules in front of them, even if those rules have major flaws.