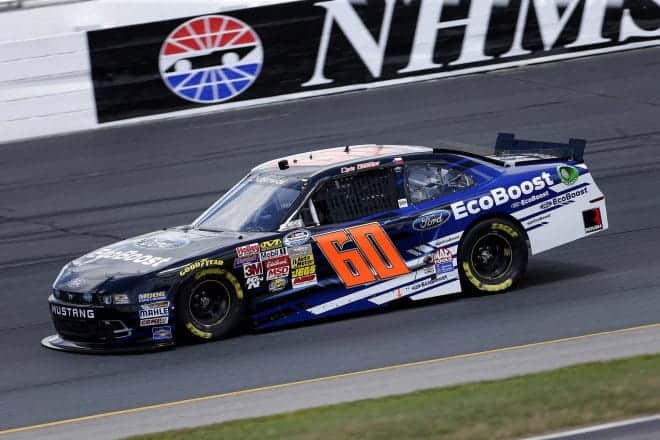 Early Friday afternoon, Chris Buescher set the pace to beat in the opening practice session for the Nationwide Series.

Of the championship contenders, Scott was the fastest of the bunch in fifth, while Elliott Sadler was seventh fastest. Points leader Chase Elliott was 15th quickest, while teammate Regan Smith was 17th.

In the group of drivers ineligible to earn points, Logano was fastest in second, followed by Austin Dillon. Ryan Blaney, driving a second entry for Team Penske, was sixth quickest while Kevin Harvick was eighth.

Qualifying for the Nationwide Series will be tomorrow at 12 p.m. It will be aired live on FOX Sports 2.