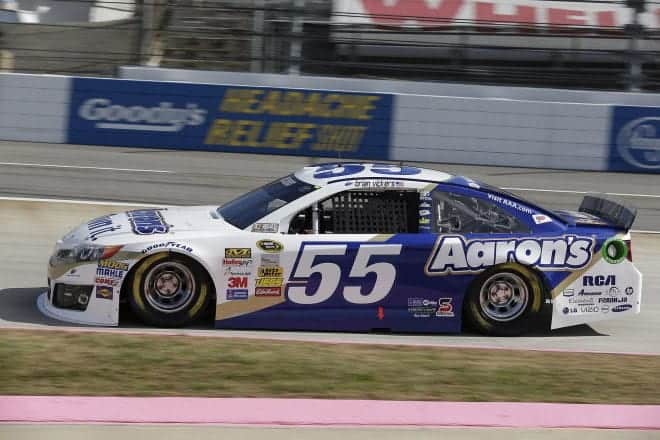 With the current rules, track record speeds at intermediate tracks are the norm. Friday afternoon’s first practice session at Texas Motor Speedway was no exception to that rule.

Brian Vickers turned in the fastest lap of the session with a lap of 27.106 seconds (199.218 mph) on his final lap of the session. The lap is more than a tenth of a second faster than the track record that Kevin Harvick during qualifying for the spring race.

Harvick was fastest of the Chasers in the session, three-hundredths of a second slower than Vickers in second overall. Tony Stewart was third fastest, followed by Martin Truex, Jr. and Jeff Gordon. The top-5 were all faster than Harvick’s record lap.

Carl Edwards was the third fastest Chaser in seventh overall, followed by Denny Hamlin in 12th. Joey Logano was 20th quickest, Ryan Newman was 23rd, and Brad Keselowski was 24th. Matt Kenseth was the slowest Chaser in 26th.