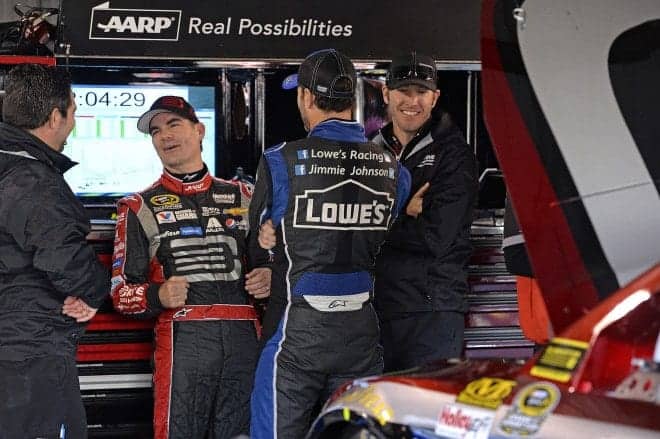 It’s official: the biggest power duo of the last decade in NASCAR will continue their partnership into 2015.

According to FOX Sports, Jimmie Johnson and longtime crew chief Chad Knaus have confirmed that the pair will be back together for the 2015 season.

When asked about a rumored change-up at Hendrick Motorsports in the offseason after a down year for the No. 48 team, Knaus was asked about his tenure with the organization after Johnson’s victory at Texas Motor Speedway.

“You write all the bad stuff, don’t tell me the good stuff,” he said. “No, man, I’m set. I don’t foresee a change with the 48 car from a driver or crew chief standpoint in the near future. I don’t foresee that happening. If it does, I’ll have to be a reporter because I don’t know what the hell I’m going to do after that.”

Johnson and the No. 48 team made it into the Chase for the Sprint Cup and amassed three victories during the regular season, with Texas becoming their fourth. However, Johnson and co. were knocked out of the Chase after Talladega and are no longer eligible for title No. 7.