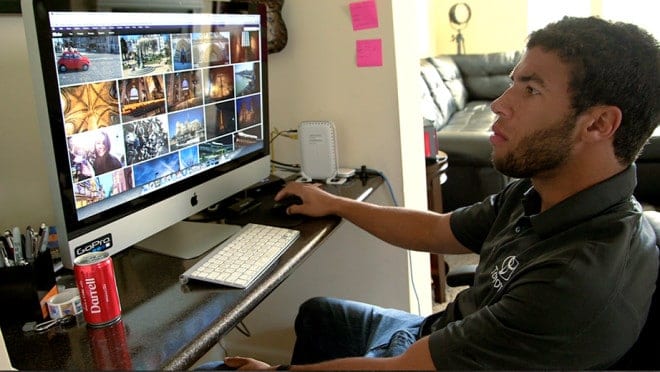 NASCAR announced on Tuesday Nov. 4 that Darrell Wallace, Jr., Ryan Blaney, Kenzie Ruston and Kyle Larson will be featured in Nickelodeon as part of their new docu-series titled “Hammer Down.” The shows, eight to 12 minutes in length, will allow young fans a glimpse into the lives of the young athletes.

“‘Hammer Down’ gives young sports fans an inside look into the world of NASCAR through relatable personalities,” Zane Stoddard, NASCAR vice president of entertainment marketing and content development, said. “Nickelodeon is the leader in the kids’ entertainment space and we’re thrilled about the opportunity to align with such an influential brand to reach the next generation of NASCAR fans.”

The first two episodes debut Wednesday at 10 p.m. ET during the NickSports programming block on Nicktoons. The first episode will feature Wallace, as he speaks about his love for photography and pulling practical jokes on Blaney, titled “A Picture of Speed”. The second episode will feature Blaney, as he talks about his racing roots and making his own mark, titled “The Family Business”.

The final two episodes are scheduled to air later this month. The third episode will feature Kyle Larson, who was the first NASCAR Drive for Diversity Graduate to win a national series race. Ruston, currently completing in the NASCAR K&N Pro East Series, earned the highest finish for a female in K&N Pro Series competition with a second in August at Iowa Speedway.

“Partnering with NASCAR offers our audience new, original content that showcases the excitement that NASCAR brings,” Keith Dawkins, senior vice president and general manager, Nicktoons, TeenNick and Nick Jr., said. “The launch of “Hammer Down” in the NickSports block connects kids and their families with NASCAR’s rising stars, allowing them to follow these young drivers as they pursue their dreams.”

NASCAR also announced that their production company, NASCAR Productions, will create four 60- to 90-second vignettes that will air during the NickSports block. These will focus on key aspects of NASCAR that reflect the principles of STEM – science, technology, engineering and math, drivers as athletes and the sanctioning body’s effort in green initiatives.