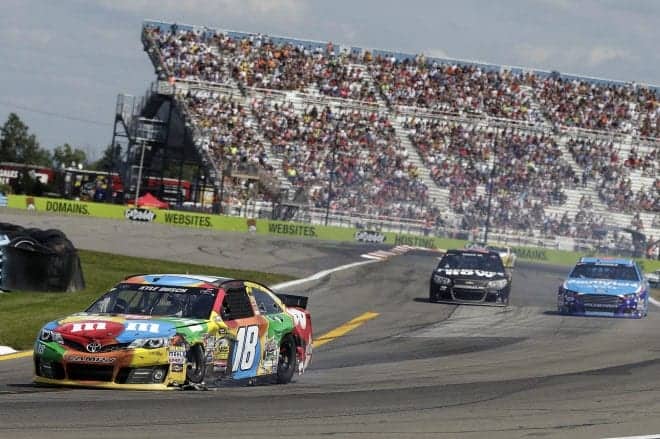 On Wednesday, Watkins Glen International announced plans for a comprehensive repave of both the 2.45 mile short course used during the NASCAR weekend and the 3.37 mile long course next year. Repaving will start in July in with “The Boot,” the sole section of track exclusive to the long course. Paving the short course and the sections used by both configurations will begin after the Cheez-It 355 at the Glen in August.

“This is a significant project for Watkins Glen International, our competitors, fans and track rental customers,” Printup said. “The repave is a tremendous undertaking and next summer is the right time to begin this historic project and prepare The Glen for the future.”

The current track surface at Watkins Glen International was laid down following the racing season in 1998. On top of the new pavement, a sealer was laid down as well.  The result was a new track surface that was exceptionally slippery.  During the Busch/Craftsman Truck Series race weekend in June, 1999, the surface began to break up in the corners. Watkins Glen International countered the issue by putting lime down to help the surface cure better, with little success.  Prior to the Cup weekend in August, concrete patches were laid down in the turns.  Those patches are still in place today.

The release states that the track has consulted with a number of asphalt specialists regarding how to go about the track resurfacing. No mention was made in the release about whether the resurfacing will include new concrete patches for the turns, or additional track improvements. However, there will be more details released about the full scope of the project in the near future.