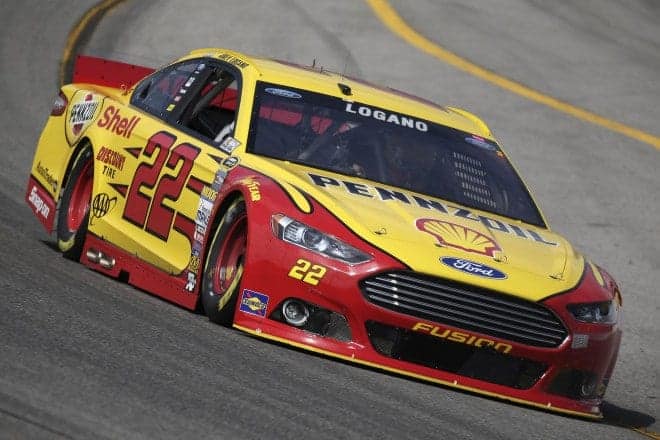 Did you miss an event during this busy week in racing? How about a late-night press release, an important sponsorship rumor, or a juicy piece of news? If you did, you’ve come to the right place! Each week, The Frontstretch will break down the racing, series by series, to bring you the biggest stories that you need to watch going forward for the week ahead. Let our experts help you get up to speed, no matter what series you might have missed, all in this edition of Pace Laps!

Sprint Cup Series: Cautions Save the Day – Championship contenders faced a number of issues throughout the race at Phoenix, most of them on pit road.  Joey Logano and Jeff Gordon both faced problems.  Then there was Denny Hamlin, who seemed out of it, and went down a lap, twice.  No worries.  The free pass / lucky dog rule has made it so that no one is ever out of race, something Jimmie Johnson & Co. have done an excellent job of demonstrating over the years.

Last week at Texas, Carl Edwards used the free pass and the wave around to get himself out of being down two laps and to finish ninth.  That’s right, a driver who deserved, if you believe in meritocracy, to finish in the 20s, used the goofy rules package to dig himself from a hole that gave him a top 10 and a chance to advance into the finale at Homestead though his team has rarely shown speed this year.

But just like the flared side skirts that are all the rage these days, and something that NASCAR ostensibly sanctions, the rules are the rules (thanks Ray Winston from RAD), and the lucky dog and the wave around are part of the sport – for better or for worse, just like the problematic restarts and green-white-checker finishes.  Right now, Denny Hamlin and Joey Logano couldn’t be happier because of how that works.

A string of cautions around the 200-lap mark brought both Logano and Hamlin back on to the lead lap, which was pretty much all they needed to cycle through to Homestead with a shot at the title.  But if America is the supposed land of second chances, then what these two drivers did is exactly part of the country’s zeitgeist.  They played the game by the rules and if either one of them is able to lift the Tiffany’s built trophy next Sunday, no one will remember how they made it there.  Huston Ladner

“This certainly has not set in for me, and I don’t know when it’s going to,” Elliott said. “I want to enjoy every bit of it. I’m going to enjoy it all the way till the green flag at Daytona because this is just such a cool honor to have. To be able to come and drive the race cars I’ve been able to this season, and to be able to do this every week, this is a dream come true. I get to go race cars on the weekend; it doesn’t get much better than that.”

Elliott is another one of those drivers that many have pegged as a standout in this sport for many years to come, and he’s already started on that path with his first championship as a rookie in the Nationwide Series. The driver of the No. 9 Chevrolet has three wins and 26 top 10s in 32 races this season. The youngster remains under contract with Hendrick Motorsports and is expected to join the Sprint Cup Series within the next couple of years. In the meantime, you can bet he’ll continue to make his mark on the XFINITY Series. Beth Lunkenheimer

Camping World Truck Series: Erik Jones Shows Why He’s Racing Full Time Next Year – The day before the Camping World Truck Series race at Phoenix, Kyle Busch Motorsports announced it had signed Erik Jones to run the full season next year in the Truck Series (along with several Nationwide starts with Joe Gibbs Racing). And come Friday night, he showed one of the major reasons why the organization continues to back him. After starting on the pole, he dominated the caution-plagued race that was ultimately cut short by lighting issues, leading a race-high 114 of 126 laps en route to his third career victory.

“Just an awesome Dollar General Tundra,” Jones said. “It was a good truck when we built it – one of the best ones we’ve built so far and it showed tonight. Just excited for next year – full season with them and chasing down the championship. It’s going to be a great year for sure. Can’t wait to get it started – it’s been an awesome season with three wins. Just can’t believe it.”

Jones had done much of the same thing in this race last season and was the heavy favorite heading into the weekend. The driver, who was hand-picked by Kyle Busch, has often been touted as the next young standout, but  a part-time schedule limited his capabilities and potential. Though the 2014 season hasn’t even ended yet, Jones has already entered the conversation for next year’s championship battle. While there’s plenty of uncertainty about the health of the series and just how many full time teams will run, the full season should confirm what most of us already suspect: Jones has a lengthy NASCAR career in his future. Beth Lunkenheimer

Formula 1:  Rosberg Win Makes for Compelling Final Race – Heading into the race at Interlagos in Brazil, the F1 championship looked rather grim for Nico Rosberg.  Lewis Hamilton had won the previous five races in succession and looked to be cruising towards his second title.  After last week’s race at Circuit of the Americas, where Rosberg earned the pole, had a mid-race slip, and then watched as Hamilton drove to his tenth win of the year.

Things looked bleak.  But then Rosberg put together what could be considered a perfect weekend.  Fastest in practice one and two.  Took the pole by 0.033 seconds over Hamilton.  Then drove a clean, mistake-free race and took the win and closed the gap to 17 points.  From the get-go, Rosberg looked stout, making a clean start and driving to a two-second lead.

Now, the likelihood of Rosberg beating his Mercedes teammate for the title is, well, tantamount to it snowing here on the beaches of Waikiki this week, but there is one aspect that could make things interesting: double points.  The finale at Abu Dhabi offers double points, which means that a win is worth 50 rather than 25 points and the 17 point deficit becomes one that’s in the realm of possibility to overcome.  Once again, it’s not likely, as these two drivers have paced the field all season, but it does mean that the season finale just a bit more interesting rather than a done deal.

Quick note: Red Bull Racing team principal Christian Horner and F1 supremo Bernie Ecclestone both derided Caterham racing, now in administration (bankruptcy) for the team’s crowdfunding effort in an attempt to make the last race of the season.  They both felt that the move cheapened the sport and didn’t promote the image associated with F1.  That’s right, getting people more involved with the sport and allowing them to feel invested as they watch the big teams steal all the checks is apparently a bad thing.  It seems that they haven’t been keeping up with the times and how NASCAR has already used this format.  Ah, arrogance.  Huston Ladner

Sports Cars: IMSA Announces Drive Time, Ranking, Race Length Changes – Even though the TUDOR United SportsCar Championship season has been complete for over a month, the news is coming in a flurry.  IMSA issued a memo on Friday that seeks to reticify a number of issues that rustled teams’ feathers last season.

Likely the biggest announcement in the memo is the scuttling of IMSA’s own driver ranking system after just a year. Instead, the sanctioning body will use the new FIA Global Categorization Ratings, which were released Friday afternoon, but after IMSA sent out their memo. Compared to last year’s IMSA ratings, there are a number of changes.  For example, 2014 TUSC Prototype co-champion Joao Barbosa has been demoted from Platinum to Gold.  The reasoning is that Platinum is more or less reserved for factory drivers and drivers who have won at the pinnacle of motorsports (Formula One, technically Sprint Cup, etc.).  Jordan Taylor was promoted to Platinum due to his experience with Corvette Racing, most recently during the WEC Six Hours of Austin in September. There is still plenty of room for conjecture, though.

Even though IMSA only used the rankings for 2014, it was a year fraught with issues.  The rankings were prone to change at inopportune times.  On multiple occasions, the changes actually forced teams to withdraw from races due to silver drivers signed as amateur racers having their ranking upped to gold within a couple of days of race weekends.  Since PC and GT-Daytona teams could only have one gold or platinum driver on the team, having your amateur driver upgraded would put your team in a quandary.

Second, IMSA issued a memo to teams on Friday that announced changes to driver pairing rules.  Only races that are part of the Tequila Patron North American Endurance Cup can have more than two drivers per car.  In addition, PC (Prototype Challenge) and GT-Daytona teams are required to have one silver or bronze-rated driver for teams of up to four.  Previously, two bronze or silver drivers were required for lineups of three or more drivers.  A second silver or bronze driver is still required for five driver lineups, only allowed at the Rolex 24 at Daytona.

Finally, buried in the memo and not explicitly announced, IMSA also stated a cut in race distances for the four remaining traditional sprint races on the schedule.  Those races have been cut from 165 to 160 minutes in length.  No reason was given for the move.  Races affected by the move are Canadian Tire Motorsports Park (Prototype, Prototype Challenge and GT-Le Mans), Road America (all classes), Virginia International Raceway (GT-Le Mans and GT-Daytona) and Circuit of the Americas (all classes).  The new PC/GT-Daytona race at Lime Rock, scheduled for July 25, will be two hours in length, shorter than the two-and-a half hour Continental Tire SportsCar Challenge split races that will serve as primary support.  Phil Allaway

I can watch Homestead, but I’m done with the series after that.

I won’t watch Homestead. My guy is out and I simply won’t give any credence to this farce of a championship by bothering to tune in and watch NASCAR manipulate things with cautions & nonsense.

I had a change of heart about the Nationwide/Xfinity. Chase Elliott, the rookie champ, wasn’t as bad as I thought. I thought it was a sign of watered down it all was.