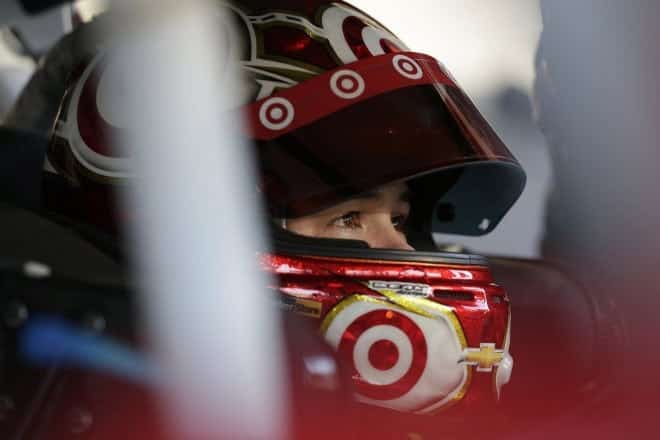 It was drama from the green flag until the checkered at Phoenix International Raceway on Sunday. And the man in the center of much of the late-race drama was a driver who had a lot to gain from it.

As Ryan Newman sat on the outside looking in on the white flag lap at Phoenix, his No. 31 slid up the track and put Kyle Larson into the wall coming out of the final turn at the one-mile track, securing the 11th-place finishing position and the fourth and final slot in the Chase for the Sprint Cup this weekend at Homestead-Miami Speedway.

Larson spoke in a prepared statement to the Motor Racing Network (MRN) Monday on the last lap incident with Newman — and as it stands, he understands what had to be done.

“Coming to the finish, there were a lot of cars racing really hard,’’ Larson said in the statement issued by Chip Ganassi Racing. “I knew (Newman) was right around me and knew he needed to gain some spots to keep from getting eliminated from the Chase… It’s a little upsetting he pushed me up to the wall, but I completely understand the situation he was in and can’t fault him for being aggressive there. I think a lot of drivers out here would have done something similar if they were in that position.”

Newman told MRN that he “wasn’t proud” of what he had to do on the final lap of the Quicken Loans Race for Heroes 500, but that he “did it the best way that I possibly could.”

With the 11th-place finish, Newman and the Richard Childress Racing No. 31 team are the only team in the final round of the Chase going into Homestead without a single victory all season. Newman has never won the championship in his 15 seasons in the sport’s premier series.

I doubt that is really how he feels. Just a politically correct answer to keep from ruffling anybodys feathers. Next year it will be larson in the chase and he will have a built in excuse to take out newman if he has to. It seems nobody looks at the big picture in any of the articles i’ve read. Nascar condoning this type of driving filters it’s way down to the small guys who race the short tracks and now think it’s okay to bash a competitor out of the way. dumb.