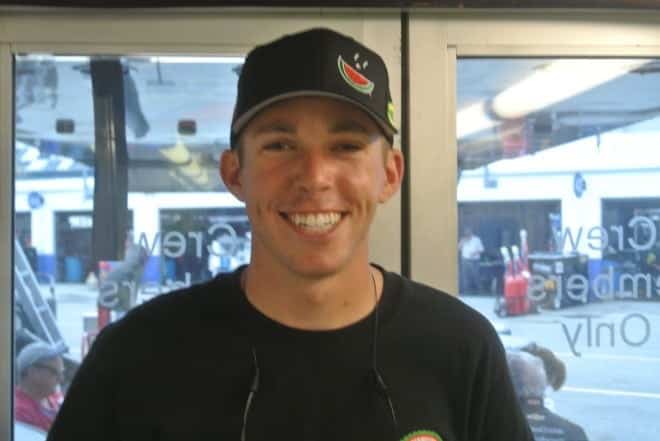 Ross Chastain will have plenty to do this weekend at Homestead-Miami Speedway.

The Florida native will see seat time in the NASCAR Nationwide Series this weekend in his first start for TriStar Motorsports.

According to a release from TriStar Motorsports, the Alva, Fla., native will drive the No. 10 Toyota Camry for the four-team organization.

Onboard for this race will be Chastain’s long-time sponsor, the National Watermelon Associaiton and Watermelon.org.

Making this start even more special for the 21-year-old is that it will be his first career start at his home track in the series.

“Homestead is one of the closest tracks to where I grew up, so it is always cool to run there with so many people that helped me get to where I’m at, that get to watch me race in the stands,” Chastain said in the release.

“I can’t thank Mark Smith and everybody at TriStar Motorsports enough for working hard to help this all come together. Getting the opportunity to run both the NCWTS and NNS race on the same track in the same weekend is going to be huge in my learning curve. With the unknown of two different vehicles, it does help me sleep at night knowing that I will have my crew that I have ran most of my Nationwide Series races with putting my car together and going to the track with me on Saturday.”

In six career starts in the Nationwide Series, for both Viva Motorsports and Hattori Racing Enterprises, and all in the 2014 season, Chastain has one top-10 finish, and an average finish of 18th.

Chastain will also drive the No. 35 for WinTron Racing in the NASCAR Camping World Truck Series Ford EcoBoost 200 the night before the Nationwide Series event.