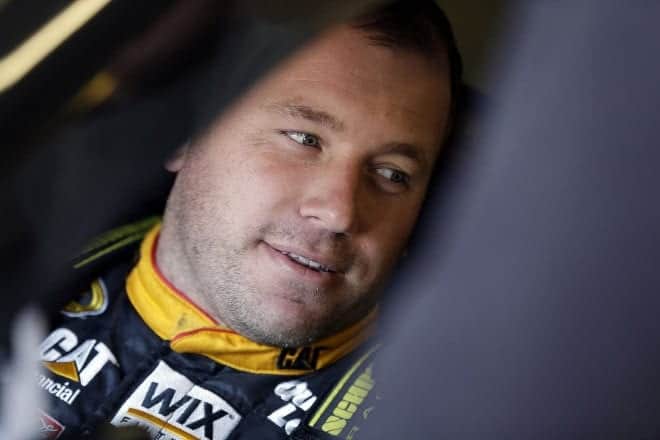 The Championship Round is set.

A Sunday date at Phoenix International Raceway separated the final four drivers from the rest of the field. The teams left in the mix weren’t necessarily the ones on top for the majority of 2014, just the ones who got it done best in the Eliminator Round.

Who’s hot enough to finish the season off right in South Florida? Find out below in the latest edition of Who’s Hot and Who’s Not.

Kevin Harvick has been the guy all season.

At the track, there’s a certain buzz that arises when he is introduced – and it’s no surprise why. Harvick has put on an incredible show. He has elite upside, illustrated by four wins and a weekly stranglehold on the practice and qualifying charts (a career-high eight poles) and raises eyebrows even when things aren’t going well.

Harvick has also developed a reputation for absent-minded, experiencing sometimes eerie mistakes that have cost him on more than a few occasions and the same fiery attitude he’s always been known for in the face of controversy (see: last week’s confrontation with Brad Keselowski before the Keselowski-Jeff Gordon headliner).

Now he has a chance to do something he’s never done before: lift the Sprint Cup championship trophy. It will mean scoring more points at Homestead-Miami Speedway than Denny Hamlin, Joey Logano and Ryan Newman.

Wait, Ryan Newman? Yes, the same Newman who doesn’t have a win yet, and who has survived in the Chase to this point using a tough-as-nails mentality and lack of race-ending mistakes rather than high-end explosiveness. Newman did what had to be done to get here (sorry, Kyle Larson) and takes a career-best average finish (13th) into the season finale.

Denny Hamlin won this race last season, giving him two victories at Homestead since the beginning of the 2009 campaign. A second consecutive trip to Victory Lane and third overall would give him the championship and help mend scars from 2010’s runner-up effort against Jimmie Johnson.

Well, here’s Joey Logano. Don’t worry, he didn’t do anything wrong; he’s in the Championship Round, after all. Logano has done a lot right this season, but he has the most to prove. Of the four remaining hopefuls, he has the weakest resume at Homestead-Miami. A 20.8 average finish is the worst of the four, but an eighth in 2013 shows that there’s potential for something greater.

That’s not the only thing to stew over. Logano doesn’t have a top 5 finish in two weeks. After posting six such results over a seven-race stretch from Chicagoland through Martinsville, he was held out of the top 5 at Texas Motor Speedway and Phoenix. OK, so finishes of 12th and sixth aren’t anything to be upset over, but something had to be said to explain an exclusion from the hot category.

Kyle Larson might have served as Ryan Newman’s buffer between impending doom against PIR’s turn 4 wall and a missed opportunity for a first-ever NSCS title (and that’s no fun), but he’s done plenty to deserve a little exposure right below the spotlight drivers. Larson has quietly driven away the highest ranking non-Chase driver – 74 points ahead of 18th-place Chip Ganassi Racing teammate Jamie McMurray – and he’s done it without missing a beat. Larson’s 12.5 average finish since Dover is tied with Jeff Gordon for sixth best in the series and is tops among drivers who weren’t in the Eliminator Round. He has also completed 25 races this season as the top-finishing rookie.

The biggest moment for Jeff Gordon and Brad Keselowski this season might be their large-scale brawl at Texas. That’s a major disappointment, given that they have been two of the top drivers in the series. Both drivers missed the Championship Round cutoff by slim margins.

Gordon was the first loser at Phoenix and in the Chase standings. He was put out of the finals when Newman made a move on Larson’s No. 42 Chevrolet SS in the last corner. Up until then, Gordon was having a dream season – four wins, 14 top 5s and 22 top 10s – numbers that will now amount to nothing more than a fifth-place points finish.

It’s a shame because Gordon is incredibly efficient at Homestead-Miami. He has finished inside the top 10 an astounding 73.3 percent of the time in 15 starts and added a win there in 2012.

No one has more wins this season than Keselowski, who found a way to survive the Contender Round with a victory at Talladega Superspeedway, but couldn’t replicate that feat at Phoenix. He finished fourth in the desert, missing the cutoff by eight points. He was inevitably unable to rebound from a mechanical failure in the penultimate round’s opening event at Martinsville Speedway.

A Gordon- and Keselowski-less final, paired with the elimination of former NSCS champion Matt Kenseth, means that there are no remaining title eligible drivers who have captured NASCAR’s ultimate prize in the past.

The 2014 season was nothing short of a disappointment for Roush Fenway Racing. The organization’s lone remaining bright spot, Carl Edwards, was among those eliminated after Phoenix, and with only Homestead-Miami left on the schedule things might not improve until next season. Since 2012, only Greg Biffle has a top-10 finish there, but his 1.5-mile numbers this season don’t warrant another.

Yes, that’s bad, but its only the beginning of a very forbidding argument. Replace Edwards, who departs for Joe Gibbs Racing after the season and leads RFR with the 12th-best average finish over that span, with incumbent Trevor Bayne and the difference is easy to see. Bayne ranks 38th in that category (31.5).

The only positive takeaway for Ricky Stenhouse, Jr. is that he places slightly better than Bayne’s mark, but not by much. Stenhouse’s 30.5 average finish is better than Bayne’s, but it’s bad news for his owner because like Bayne’s number, it’s not getting the job done.

It could be said that Stenhouse appears the inferior talent at Homestead because he’s already piloting an RFR machine, while Bayne has spent his time driving for Wood Brothers Racing. Even though that is the case, Bayne hasn’t shown anything with that team since winning the 2011 Daytona 500. There’s no room for sympathy despite his seat with a single-car team.