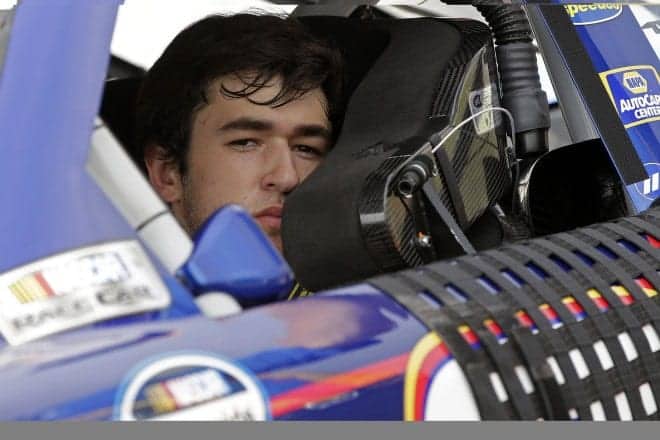 ONE: A FIRST-TIME CHAMP

Many folks who completed Chase brackets would have had Kevin Harvick and Joey Logano making the final four, while few would have pegged Denny Hamlin or Ryan Newman as being still in contention for the big silver trophy at Homestead-Miami Speedway.

That in essence highlights both the beauty and the vagaries of this new championship crowning system. Put another way, I’m figuring the consensus amongst NASCAR fans would be that it’s half right and half wrong, erring more to the latter.

On the one hand, you have Harvick and Logano, drivers who have shown speed, won multiple races and raced up front all year long. On the other side of the coin, you have winless Newman, who edged his way into the Chase and kept clinging on, and Hamlin, who missed a race early in the year and has had, by his own standards, a relatively quiet year, rarely running amongst the frontrunners.

The one trait all four share: none have won a Sprint Cup before. So in this crazy season, we’ll be crowning someone new this Sunday  – and that’s no bad thing for the sport, either. This will be the fourth new champion since the Chase began in 2004 (Kurt Busch, 2004; Jimmie Johnson, 2006; Brad Keselowski; 2012), so one way or another, one driver is going to write his name into the record books.

TWO: SO NEAR, YET SO FAR

What a way for Jeff Gordon to exit the playoffs. Crossing the stripe Gordon was in contention, but by the time Newman finished his bump-and-run in turn 4 at the expense of Kyle Larson, he was out by a single point.

It was a heartbreaking end for Gordon, who has run very strongly all season, statistically his best since all the way back to 2007. But that’s the nature of this new triple elimination Chase – and it makes what happened at Texas Motor Speedway the previous week even more of a reason for frustration. The drive for five continues.

Matt Kenseth, still without a victory on the season after a seven-win year in 2013, missed out by a scant three points, while Keselowski finished eight markers back from fourth place. For Keselowski it was the poor finish at Martinsville (31st) that finished him off, but on the balance of this season (regardless of what other drivers might think) the 2012 champion can consider himself unlucky not to be racing for a second title at Homestead.

When your father is a hugely popular former Cup Series champion and multiple race-winner and your first name is Chase, chances are you’re going to make in racing.

For the next generation Elliott, the sky certainly seems to be the limit.

“This certainly has not set in for me, and I don’t know when it’s going to,” Elliott said, per NASCAR.com. “I want to enjoy every bit of it. I’m going to enjoy it all the way till the green flag at Daytona because this is just such a cool honor to have. To be able to come and drive the race cars I’ve been able to this season, and to be able to do this every week, this is a dream come true. I get to go race cars on the weekend; it doesn’t get much better than that.”

Good job, kid. The encore should be fun to watch.

FOUR: HAVE AT IT HOMESTEAD

This Sunday afternoon’s final race at Homestead-Miami Speedway could just be an instant classic, with four drivers competing for the title in a last-man standing kind of deal.

Of course, it might not be a classic at all. We might see a situation where one of the four drivers sails off into the sunset similar to Kevin Harvick this past weekend at Phoenix International Raceway. The one thing we do know for sure is that we don’t know what will happen and how many chances these drivers will take. How will late race re-starts, should they happen, play out? What price a mysterious late yellow for debris? What happens too, for example, if the top two drivers are right together on the last lap? How far is too far at that point? What is the line between desperation and acceptance?

Look, I get that there are many who think this format is somewhat farcical – and I understand that point of view. But as the old saying goes: it is what it is. You can only play by the rules in place that particular year. You may not agree with it but one way or the other, this Sunday’s race will be a momentous occasion for the sport.

Now let’s hope we get the right result.

This is my final column of the year. On Friday night, I’m headed out of the country for a 17-day vacation – somewhere where the Internet is relatively limited – so by the time I get back we’ll be done and dusted on the 2014 season.

After seven full years as a weekly NASCAR columnist, I still very much appreciate all the comments and emails – positive, negative and downright ugly. And with that in mind, I just wanted to take a minute and thank each and every one of you that’s taken the time to read my rantings, lucid or otherwise. Writing a column for a site like Frontstretch can, at times, be a real challenge, especially in weeks after terrible races and where I’m super busy with regular life, but it’s also a privilege and a pleasure to have this window of opportunity each week.

So enjoy the final race of the season and the start of your offseason. I’ll be back sometime around Speedweeks in 2015. Cheers!

Watching Kyle Larson and Chase Elliott this year almost has me wishing I could fast-forward through the next few seasons and then see how these two perform in the cup series when they are racing each other for wins. I think these guys are the future, provided there’s still a Nascar by then.

Thank you Danny, enjoy your time away…