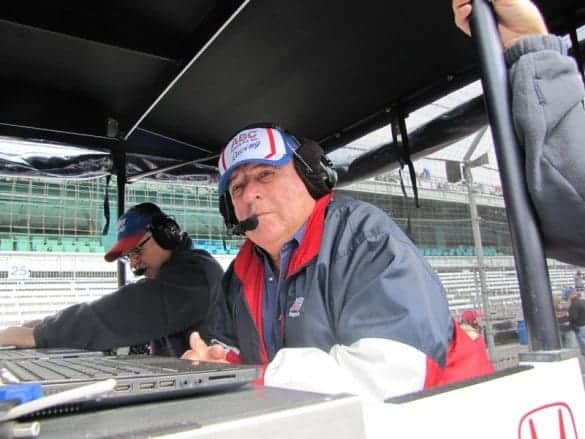 A.J. Foyt Enterprises announced in a press release on Wednesday that four-time Indianapolis 500 winner and team owner A.J. Foyt underwent a coronary bypass surgical procedure Wednesday morning in Houston.  The procedure, which was a triple bypass, was scheduled in order to clear up blockages in arteries that had already had stents installed.

The 79-year old former racer has been hospitalized at Baylor St. Luke’s Medical Center since Friday.  At that time, Foyt complained of chest pains, but doctors could not find a definitive cause at first.  On Monday, Foyt had a cardiac catheterization procedure as part of the diagnostic process.  That particular procedure allowed doctors to find the blockages that led to Wednesday’s surgery.

Wednesday’s procedure is just the latest in a long series of surgeries that Foyt has undergone over the past 25 years.  The beginning of the long line of surgeries was a massive crash at Road America in 1990 that nearly ended Foyt’s career.  Since then, he’s had both knees replaced, gotten a replacement left hip and undergone surgeries for bone spurs and back issues.  Foyt has also had a number of procedures on his heart and blood vessels over the years.  Much of 2012 was spent battling a life-threatening staph infection that occurred after the surgery to remove bone spurs from his artificial left knee.

Foyt is currently resting in his room at Baylor St. Luke’s Medical Center.  Provided there are no setbacks in his recovery, Foyt is scheduled to be released from the hospital on Monday.