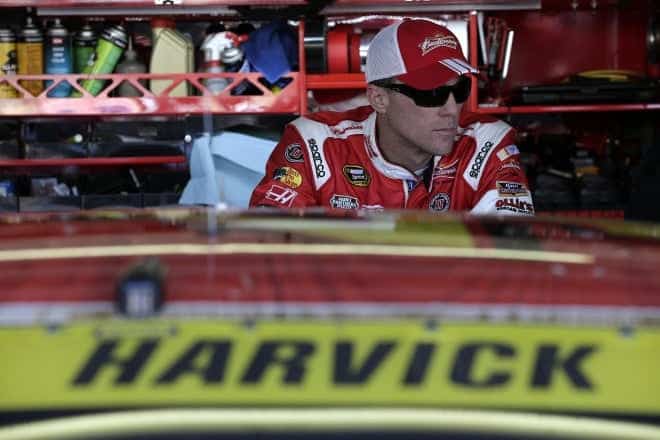 What more to do this week than talk about the Chase?

Many are vehemently opposed to it – whether that’s on the very principle of playoffs in NASCAR or the new format that’s been enacted in 2014 – but in a season where the sport was plagued with decreasing ratings and attendance, the new elimination rounds have seemingly been the shot in the arm NASCAR needed. Whether it’s one of those shots that last you a few years or one you need to have re-administered remains to be seen.

Regardless, the beauty of the format from a statistical standpoint is that it makes the season finale very, very easy to analyze. In 10-years-ago NASCAR, it was all about who’d accumulated the most points up to that race and who – if anyone – was close enough to have a shot at stealing away the lead when doing so mattered most. Since, it’s been a similar concept, though more about who landed the lion’s share of points in a nine-race span rather than in 35 events. But now, it only matters who’s left; whatever points were earned entering Homestead-Miami Speedway have been equaled among the four remaining drivers, giving everyone 5,000 points heading into the final round.

From that standpoint, it’s simple: who gets the most points in the Ford EcoBoost 400? He’ll be your winner, and he’ll more than likely have done so by securing a better finish than the other three – possibly, certainly in the hopes of NASCAR, the win.

First, let’s take a peek at overall standings at Homestead in its decade and a half on the circuit. In 15 races at the track, only one of the four competitors – Ryan Newman, Denny Hamlin, Kevin Harvick and Joey Logano – has ever found his way to Victory Lane.

In fact, he’s done so twice. Hamlin is one of only four Sprint Cup Series drivers to score multiple victories at Homestead, adding his second win in the most recent race at the track. Doing so in nine races gives him wins in just under a fourth of his entries there – not too shabby.

But of the group, Hamlin doesn’t have the best finish on average. That distinction goes to Harvick, who’s never won at the Florida speedway but has an average finish of 8.1 in 13 races. That includes 11 top 10s, tied for tops among all drivers at the track in Sprint Cup competition. Hamlin’s not too far behind, posting an average of 11.2.

From there, it’s a little more dire. Newman has only found the top 5 once in 12 starts at the track, for an OK but un-championlike 17.0 average. Then there’s Logano, who’s scored just one top 10 in five starts and has an average finish of 20.8.

Problem is that in the case of three of the four, their overall results show the entire picture, rather than a small snippet. That’s not an issue in many cases, but it can be problematic when, say, Bobby Labonte shows up high on the list because of what he did in his prime, not what he’s done in the past few years.

But really, zeroing in on, say, the last five years is only positive for Newman’s stature here. It reiterates that Hamlin and Harvick are just damn good at the track; Hamlin’s two wins have come in that period, and Harvick’s the best on the circuit in terms of average finish, scoring a 6.4 with top 10s in every race. Newman’s 12.4 average in the last five races is more encouraging, seemingly suggesting that his recent record lends itself to a stronger showing on Sunday. But then there’s Logano, whose only starts at the track have all come in the last five years. Thus, his measly 20.8 remains.

Something about which many may not think heading into Homestead could actually be a deciding factor in the Chase as a whole, though it’s unlikely. Earlier, I mentioned that the driver who grabs the best finish this weekend is likely your champion. However, there’s a slight catch that may or may not come into play: bonus points, particularly from leading laps.

Apologies again to Logano. The young driver has never led a lap at the track – which is shocking, considering that he started from the pole in 2012. Not only has he struggled to finish up front, but he’s also been kept out of contention as the lead car in any scenario, save for pre-race. Things aren’t exactly encouraging when it comes to getting that bonus.

Hamlin, unsurprisingly, is the best one in this category. Amid his two wins, he’s led 163 laps in nine races, a number followed closely by Newman’s 143, accomplished mostly during his first few seasons in the sport. Harvick may have a strong average finish there – one of the best, in fact – but he’s only third on the rung here, leading a total of 136.

Finally, take into account the streak (or lack thereof) a driver’s been on in the last few races, not just at Homestead the last couple of years. Obviously all four had to have some semblance of a solid track record in order to make it here, be it by finishing up front or by bludgeoning everyone else to death with consistency.

Again, advantage Harvick. In addition to his win at Phoenix last weekend, he’s got a Charlotte trophy and a superb record during the Chase, finishing outside the top 10 only three times – and two of those times, he was still closely in 12th and 13th.

As a whole in the last five races, the top four in average finish are, in fact, the four drivers still in the Chase. Logano leads the way with a 7.6 average finish despite zero wins, Newman close behind at 8.2. Then comes Harvick’s 9.2 and Hamlin’s even 10.

In the Chase as a whole, Hamlin slides a little, but everyone else remains at or near the front. Logano’s scored a 5.3 average during the Chase to go with his two wins, two and a half positions ahead of the next best in Harvick’s 8.8. Newman’s another full spot back with 9.8; he’s fourth best in the Chase, bested by Kyle Larson, who’s been one of the series’ best (average finish: 9.6) recently despite not making it to the postseason. Hamlin’s still solid at 12.4, though that’s nothing extraordinary.

So, here we are: one race left, four drivers vying for the title. At first glance it seems like Logano, who’s been lights-out during the Chase, has the advantage – but a subpar record at Homestead sullies his reputation. Then you have Hamlin, conversely a great driver at Homestead but without the flashy stats during the Chase. Newman, then, is middle of the road throughout in basically all categories in relation to his immediate peers, which just seems to be a commentary on his season – and maybe even his career – as a whole. Rarely the best, rarely the worst.

All signs point back to Harvick. Here’s a guy who has proven results at Homestead, even though he’s never actually won there; he’s about the best you can be at a track without a victory. Then there’s his recent prowess in the 2014 Chase, where he’s wrestled through the crowd to come out on top not once but twice in the last five races, including last week.

Definite momentum, coupled with a strong record at Homestead – plus his nickname as the Closer? You’ve found your 2014 champion.

Hasn’t there been a numebr of races this season where the #4 team shot itself in the foot? If not, their atas would be even better, but the fact that they can take the best car and then find a way to lose should not be dismissed.

number, not numebr; stats not atas. I can spell but my typing sucks.