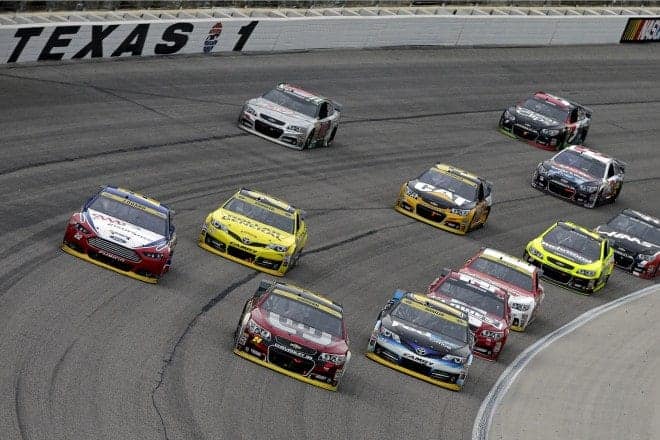 We are entering a situation that may have never been witnessed before.

There have been champions decided on occasion between two or three drivers at the season’s end, but never before have four competitors been separated by literally nothing entering a NASCAR Sprint Cup Series finale. With so much at stake, questions get raised: should drivers not in the hunt cut those that are some slack on the race track?

Well, I’m here to say that under no circumstances should they do so.

Thirty-nine other drivers will be racing in some cases for their future livelihood in their career as a stock car driver and there would be no better way to steal the Victory Lane stage, a nice paycheck, and most importantly an enormous amount of momentum leading into the 2015 Daytona 500. A handful of team contracts are in the air or only run through the end of next year and situations could be even more dire for a racer who has had an up and down season than one who is looking at being etched into the record books.

Every single driver in Sunday’s race at Homestead-Miami Speedway should race as hard as ever instead of sitting idle for the next three months or perhaps years from now wondering if there was more that they could have done. That should be the case at all 36 points paying races throughout the year. If they find themselves next to one of the final four then they should not have to give up an inch or go easy on them. That’s not to say they should go and put them in the wall – far from it. It’s just that running one’s best is how the best got to a position as potential champion. They made maneuvers on others on their way to wins or consistent finishes, not by breezing past someone that simply let them by.

Even within organizations there should be no questionable games taking place. It may be a team sport with many paired up with various agreements, but I have always felt that it is every individual team and driver for themselves out there on the racing surface. It was easily seen in the Hendrick Motorsports camp at Martinsville and Texas. Dale Earnhardt, Jr. and Jimmie Johnson, respectively, did not give Jeff Gordon a break even though he was still in contention for the title. It turned out to have bitten the Hendrick Motorsports organization altogether for 2014 in some part in the end, but the reality is that those are the chances you take if you cannot outrun others and be the best. Would it be a fair and square win or championship if team orders were given?

I have made it known before, certainly as one of many, that I have not been a supporter of the new Chase format, but despite my objection, I have not once blamed a competitor to this point about any of the controversial moments that have arisen. The drivers have done everything they are capable of to make it to the next step using the system given to them, no matter how flawed or perfect one thinks it is. There is absolutely nothing wrong with the moves they have made since it is within the rules, therefore nothing is wrong with a move someone 20th in points performs against one of the top 4 as long as it is deemed legal.

Basically, if the cream of the crop is racing as hard as they can, then why shouldn’t everyone else? If it affects one of the four that dreams of hoisting the cup at the end of Sunday, then so be it. Any perception that the other 39 drivers in Sunday’s field should give the four championship contenders special treatment is merely an illusion.

Why would one expect that there will be “No Special Treatment”. Newman and Keslowski surely deserve some “Special Treatment” from any and all of the 10 or so Hendrick backed drivers. The gentleman’s code has been breached and if Hendrick expects to get another title he needs to leave his integrity at the gate. There have been times I thought, why didn’t I see that coming, so this time I will make a prediction. Team orders will be a large part of strategy going forward. I fully expect all Hendrick drivers to give “Special Treatment” to teammate Harvick at Homestead. So go ahead and pull off he gloves Hendrick, don’t cost your teams years of titles while you wrestle with your integrity.