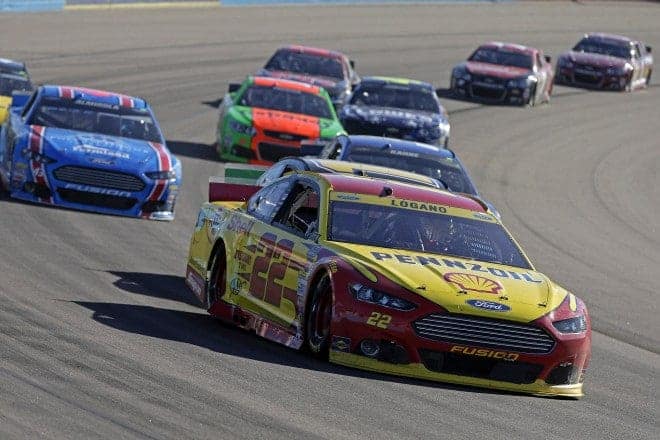 Here we are, the day that so many of you claimed to be dreading for months. Yes, it’s the “Championship 4” race at Homestead-Miami Speedway, the Sprint Cup season finale. And what do you know, there actually seems to be a fair amount of excitement surrounding the whole affair? What a concept! Who could have ever believed that a winner-take-all race would actually generate (gasp!) excitement! Simply astounding.

Jokes aside, there will be a great deal of mainstream attention on the race today, as there has been on the sport as a whole for the past month. For the first time in seemingly over a decade, NASCAR has been cast into a consistent role in the mainstream spotlight, and today figures to be the crescendo to all of that build up. Will the race actually deliver on the hype? Could today, one of the most important days in the history of the sport, be a positive one for NASCAR?

Followers of the sport will be watching nervously as those questions are inevitably answered today.

Given that, you know, a Sprint Cup title is on the line today, it seems appropriate to lead with this question. Looking at the “final four,” it’s tough to say with any degree of certainty that one is unequivocally unbeatable. Each of the four has fought hard to get to where they are today, and each deserves to be here, but all four have weaknesses that have been highlighted throughout the season.

Take Kevin Harvick for instance. Conventional wisdom would tell you that he is the clear favorite today. He’s led more laps and had more raw speed than anyone this year, especially on intermediate tracks like Homestead, and is coming off a dominating win at Phoenix. But as you all are probably aware, Harvick’s rag-tag crew has foiled many a good race for him this season, so what is stopping that from happening today?

Ryan Newman and Denny Hamlin have both shown that they can consistently run in the top 10 throughout the Chase, but neither driver has demonstrated the kind of winning speed that will likely be necessary to win today. Why should we assume that either driver will just suddenly have a dominant car here at Homestead when such speed has been absent in their vehicles for most of 2014?

That just leaves us with Joey Logano. Logano has had just enough speed and just enough consistency to be the top point scorer throughout the Chase, and his performance on Homestead-esque intermediate tracks this season has been stellar. He’s the most well-rounded pick, to be sure, but there is one caveat: Logano is inexperienced. Logano has never been in this position before, and it’s unknown how we will handle the pressure, especially given the fact that he’s entering the race in the role of a heavyweight, not an underdog.

My guess is that courtesy of the raw speed they have demonstrated all year long, the title will come down to Harvick and Logano. But that’s nothing more than an educated guess. With how crazy these Chase races have been, it would be silly to predict anything beyond that.

The polarizing nature of the new-look Chase format has generated much discussion throughout the year up to this point, and has been written about ad nauseum over the past few days. The general consensus appears to be that most fans have been enjoying the new format, but have been doing so with a degree of trepidation. The trepidation of course stems from the fact that some fans are concerned that an unworthy champion will be crowned.

Put simply, if Harvick or Logano win today, the format will have done it’s job and awarded a worthy champion. Those two drivers have been prolific winners all season long and have nearly all the stats you could want in a champion. I highly doubt anyone will take issue with a championship by either driver.

However, if Newman or Hamlin wins the race, problems could ensue. Newman has not won a single race this year, and Hamlin was mediocre at best all season long until about midway through the Chase. A title-winning performance by either driver will likely not go over well with fans, as many have expressed that such an outcome would “undermine” the entire championship.

I don’t personally subscribe to this view (well…I agree with aspects of it, but it would take too long to get into the minutiae of that), but the reality is that many both inside and outside of the sport do. Thus, it’ll be interesting to watch how fans handle the outcome of today’s race, as those reactions will undoubtedly play a huge role in deciding the longevity of this title format.

Traditionally in the world of NASCAR, it was not often that you would have multiple drivers with relatively similar odds at nabbing the championship once the series rolled into Homestead. Sure, there were years were 2 or more drivers entered the race with realistic chances to win the title (’11, ’10, ’05, ’04, ’02, and ’92 are the only ones I can think of at the moment), but, generally speaking, it was never a situation that the drivers ever got used to.

So now, with four drivers all facing an equal shot at the title, how will the non-Chasers react? Will they roll over for the title contenders like the field did in 2011 for Tony Stewart and Carl Edwards? Will old rivals make life difficult for their foes still in championship contention? Or will the title contenders simply be treated like everyone else?

My prediciton is that my last guess will end up being the most accurate. Driver code circa 2014 dictates that you race all 42 competitors with equal intensity. Moving over for a guy just because he’s in title contention is something that would likely be frowned upon. Nonetheless, this sort of thing could still happen today, and is something that bears watching throughout the race.

Whether you like this current Chase format or not, there is no arguing against the fact that it has drawn an immense amount of attention to the sport. ESPN, in a statement released on Friday afternoon, declared the 2014 Chase for the Cup as the most watched edition of the Chase since 2011. The past two races at Phoenix and Texas were up double digits in terms of TV viewership, and Google search interest in the sport has hit an all-time high for the month of November. Not only that, but the sport has seen an influx of consistent day-to-day mainstream media coverage, the kind that is typically reserved for football and basketball only.

All told, NASCAR has not enjoyed this sort of success in over a decade. But that success has been predicated on one thing, with that “one thing” being that all of this hype and lead up needs to deliver today during the championship race in a major way.

If this race turns out to be a dud, or if the champion wins in a farcical manner, all of the sport’s recent goodwill will be tarnished. However, if the race ends up being a wild and exciting as expected, a whole new set of questions opens up that will take a while to answer.

Assuming the race goes well, will that momentum actually translate towards 2015? Will the influx of new fans entering the sport stick around? Will NASCAR actually rise again to its once soaring heights of popularity? These are tantalizingly bold questions, but with the recent interest in the sport, they are warranted. It will be a while before we have the answers, but one thing is for certain: if today’s race is the raucous and heart-stopping affair it has been built up to be, this sport could end up enjoying a renaissance of popularity. We’ll just have to wait and see.

I seriously hope Joey Logano is the one hoisting the trophy at the end of today’s race. However, I will also be surprized if he does. I am fully expecting that pit-road bimbo to make good on her threat to ruin his title hopes. And if the little witch does, I hope Ford makes Roush fire her boyfriend, and I hope Brad Keselowski takes out Harvick. I know that sounds nasty, but, that is how I feel. The Clueless Wonder, aka Brian-the -Brainless, Brian will love it though!

As for acceptance, if Newman wins, I think the fans will be a little receptive of his championship, just because it will leave ‘The Clueless Wonder’ with egg all over his face. Harvick will be an accepted champion too, like Logano, although both will have that asterisk beside their championships. There is no way on earth that Denny The Dimwit will be accepted as champion. Not just because he’s a complete jerk, but, with his ego, he will be shoving that trophy into everyone’s face and proclaiming himself the god of NASCAR, and the greatest driver who ever lived. And Coach Phoney won’t be able to control him. Too, if he does win, that will be the final nail in NASCAR’s coffin.

Hard to say if all the attention to the past 2 races was due to the formulated ‘excitement’ of the races, or because of all the attention to all the pit road squabbles. If that doesn’t happen today, will anyone stick around to care what happens at Daytona? Or has this format simply pulled in interest because they are the final races of the season? Three races getting positive bumps in ratings and attendance doesn’t necessarily mean that will carry over into the ‘regular season’. I know many people who aren’t baseball or football fans, but tune in to watch only the penultimate games of the season. I guess if Nascar is content to only gain attention for 1/6 of it’s season, you can call this lottery format a success?

A pretend Champion in a manipulated series masquerading as legitimate racing, what’s not to accept? I’m sure the remaining fan base howling about the contrived Chase format for years will embrace it. Well, at least in the dreamworld populated by Nascar’s Royal Family and the Court Jesters that make up it’s delusional press, Wait, is that a debri caution for bullshit in turn one!

This whole Chase is a farce though this year’s edition couldn’t be worse. A one race Champion? I guess this is what it takes to try and get attention for an aero-push, spec series mess.

Joey had his head in the game from what I heard (family members), his crew did not. Well it is best a jerk like Kevin is considered the 1-Race Champ, if it was Logano he never would live it down, and no I did not watch that debacle

I sure would like to see the results of a survey of fans acceptance of the chase.