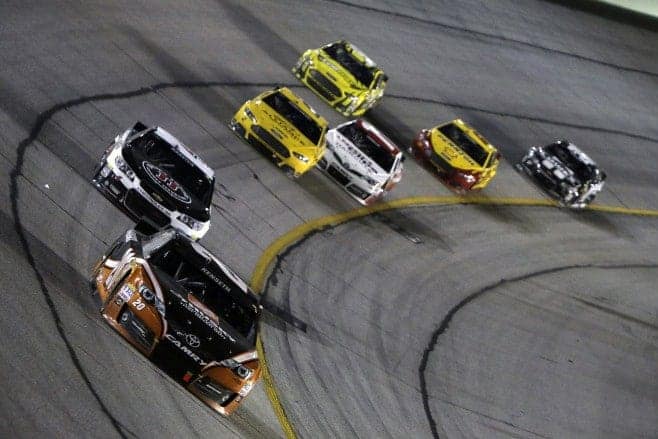 Atlanta Motor Speedway announced on Tuesday, November 18th that they’re offering a special ticket promotion in celebration of Kevin Harvick‘s Sprint Cup Series Championship. With the purchase of any three reserved grandstand tickets for the Sprint Cup Series race at Atlanta on Sunday March 1, fans will be offered a fourth free ticket. The offer will be valid until Wednesday, November 19th.

Fans can purchase tickets at  www.atlantamotorspeedway.com, Ticketmaster or at the Atlanta Motor Speedway ticket office.