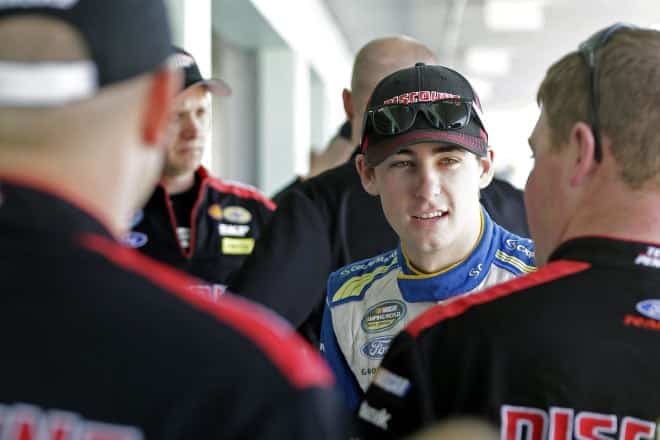 As the top drivers and teams of NASCAR’s Nationwide and Camping World Truck series met to honor the achievements of 2014, two new drivers were entered into the history books as the most popular drivers in both series.

Perhaps unsurprisingly, both are sons of former Cup Series regulars.

Chase Elliott was named the Nationwide Series Most Popular Driver after winning the series championship, becoming the youngest champion at the age of 18 and the first to do so as a rookie.

Elliott had three wins, 16 top 5s and 26 top 10s throughout the season, driving for JR Motorsports. He is a second generation driver, following in the footsteps of his father, Bill, a former Cup champion and a longtime winner of the same award in that series.

Elliott will run another season in what will become the Xfinity Series in 2015, with a few Sprint Cup Series starts expected over the season.

With Elliott being named the Most Popular Driver, he becomes the third straight JR Motorsports driver to win the award, joining Danica Patrick in 2012 and Regan Smith last season.

Meanwhile, Ryan Blaney was named the Camping World Truck Series Most Popular Driver after finishing second in points with a win at Canadian Tire Motorsports Park driving for Brad Keselowski Racing. Blaney is also a second generation driver; his father, Dave, is still an occasional competitor in NASCAR with a few starts in 2014 for various teams.

Blaney will move  out of the Truck Series in 2015, running what are currently partial schedules in the Xfinity Series for Team Penske and in the Sprint Cup Series for Wood Bros. Racing.

Chase Elliott got everything this year. Rookie of the Year, champ and Most Popular Driver

If there is going to be a voting for favorite drivers it is great BUT the system should work !!! It was terrible this year ! Where you had to put in the number showing it didn’t wook 99 percent of the time ! It wouldn’t let me type the number in !!!’ I voted for my driver just about every day and it would hardly ever work !!!!