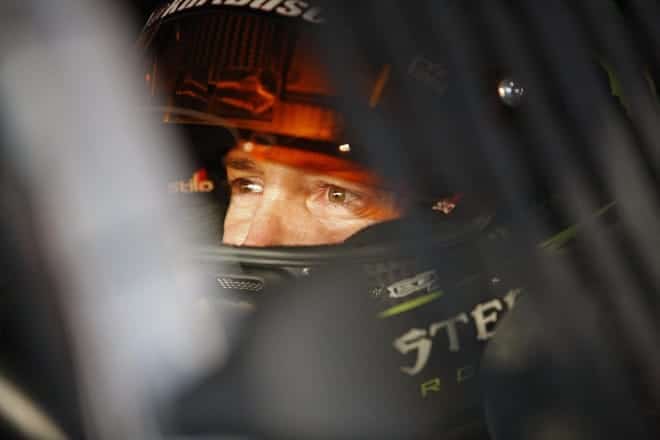 The Associated Press is reporting Kurt Busch met with Dover Police Department investigators this week (Tuesday) as the inquest into ex-girlfriend Patricia Driscoll’s allegations continue.  Driscoll alleged back on Nov. 5 that Busch smashed her head against a wall three times in his motorcoach, his temper boiling over following a bad qualifying effort at Dover International Speedway in September.

By all indications, Busch is fully cooperating with the authorities despite continuing to unilaterally deny the allegations.

“[Busch] was forthcoming and cooperative and honest,” said James Ligouri, a Dover-based attorney who is part of Busch’s legal team.  Ligouri added that he and fellow attorney Rusty Hardin gave the interviewing investigators what he referred to as a “book of  information” that they believe will help the investigators reach a decision on whether to charge Busch.

Mark Dycio, Patricia Driscoll’s lawyer, did not officially comment on Busch meeting with investigators.  However, he did release a very confident quote.  Instead of simply stating that he was looking forward to the Dover Police Department completing their investigation, he stated that he was looking forward to their work coming to a close “…so that the court can adjudicate the matter.”

Despite the ongoing drama, nothing has changed as far as Busch’s status inside of NASCAR.  The sanctioning body is still waiting to see whether Busch is charged with a crime before taking action.  During a press conference in Homestead, NASCAR CEO Brian France stated that he would wait and see if Busch is charged, in which case discipline would “fall in line” with what we’ve seen in domestic violence cases popping up in other major sports.