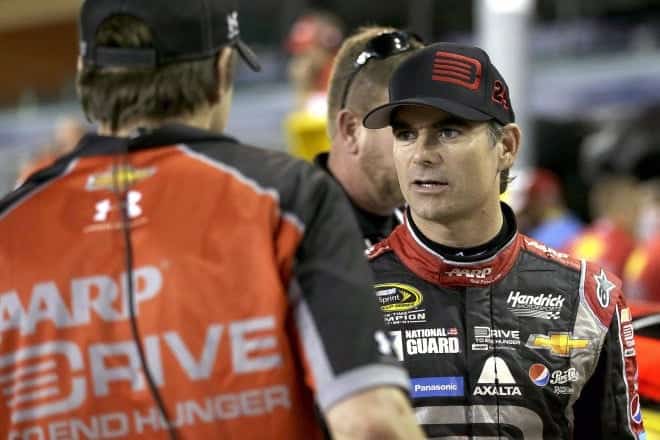 Stewart-Haas Racing has announced the signing of “Rex” Stump, a new hire assigned to the position of Technical Director for their successful four-car Sprint Cup team.  In his new role, Stump will oversee the building of race cars and technical developments within the organization, working with the Nos. 4, 10, 14, and 41 crews directly.  Stump had spent the previous 18 years working for Hendrick Motorsports in their R&D department.

“Hendrick Motorsports provided me a lot of opportunities to succeed and I wouldn’t be in this position if it weren’t for Rick Hendrick, Ray Evernham and all the talented people I’ve worked with the last 18 years,” Stump said in a press release.  “I’m proud of my time there, but I’m looking forward to my new role at Stewart-Haas. This is a team that’s accomplished a lot in a very short period of time. There’s a championship to defend and races to win. I’m ready to go.”

By trade, Stump is an engineer, having graduated from Kettering University in 1989 with bachelor’s degrees in mechanical and automotive engineering.  Stump settled into a role with General Motors, then moved into motorsports after GM shelved an active suspension program for the Chevrolet Corvette in the early 1990s.

“Rex brings a tremendous amount of knowledge and innovation to Stewart-Haas Racing,” Zipadelli said.  “You can never sit still in this business, and Rex’s record of success will help us stay ahead of the curve.”

Stump is best known for helping to develop a car known as “T-Rex,” a car that Jeff Gordon used to win The Winston in 1997.  The car, dubbed as such due to a Jurassic Park promotion, was designed to exploit every single grey area in the NASCAR Winston Cup rulebook at the time.  The car was completely legal, yet NASCAR was not too pleased with what they saw.  Reportedly, officials told Hendrick Motorsports not to bring “T-Rex” back to the track ever again after that dominating victory.  A series of rule changes, meant to stymie the innovations featured on “T-Rex” followed.

..lets just say what it really is..old Rexy just moved his office to the HMS campus across town, who are these people kidding. It is all so incestuous.