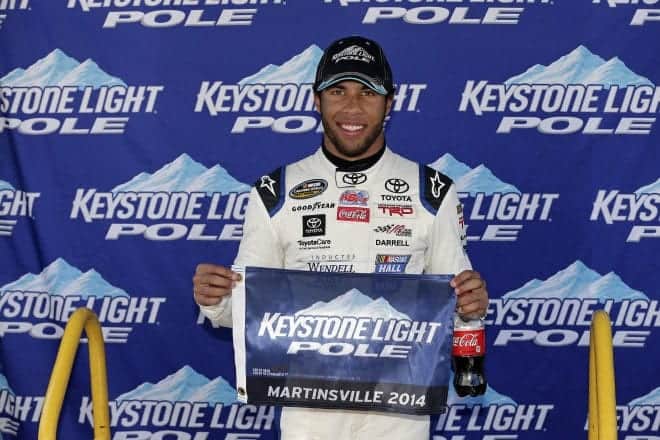 High Point: Bubba Wallace didn’t come through the ranks known as a dirt-track racer. Generally, in the case of drivers like Kyle Larson, you hear about that sort of thing. Nonetheless, he went out and won the series’ second-ever race at Eldora Speedway, beating the talented Larson in the process. He told reporters afterward he thought getting a top five was an attainable goal, but actually winning over the most talented field of the season? That has to be the highlight of not just the four wins this driver earned in 2014 but his career.

Low Point: Oh, what could have been. Wallace ended the year third in points, 34 out of the lead and just short of a serious title challenge. In the end, it was an early-season slump that left him with far too much of a hole to dig out of. Wallace only finished in the top 10 once – a runner-up finish at Martinsville – in the first five races, his other results being 15th, 16th and a pair of 26th-place results. He turned it on afterward, and to strong effect. But without that murky start, Wallace, not Matt Crafton would be holding the trophy; he was easily the best Truck Series driver during a red-hot second half of the season.

Summary: He didn’t win the championship, but call 2014 the year of Darrell Wallace Jr. in the Camping World Truck Series. Wallace went from a formidable rookie in 2013 who scored a win to a powerhouse of the circuit, scoring four victories and challenging for the season championship. Suddenly, he was a contender, one of the best in the series, an heir apparent to Crafton’s title – even though, in the end, it was all Crafton for the second straight year. Wallace proved he belongs, whether it’s in the Truck Series or on a higher level as one of the sport’s strongest Drive for Diversity graduates.

2015 Outlook: Little is known at the moment, but Joe Gibbs Racing isn’t giving up on Wallace as part of its organization. The team is currently pursuing opportunities for the driver in 2015, perhaps with a look toward an Xfinity Series run. All we know for sure is he won’t be back with Kyle Busch Motorsports in the Truck Series; its lineup is currently full. Coca-Cola and outside investors are among the current rumors to give Wallace the leg up to move up and compete on the next rung of the NASCAR ladder.

Y’all report, we decide. In these reviews of upcoming drivers there is a lack of some very important stats related to the new France Cup Series. We need to know how many times during the season they bulldozed someone for a position. How many times did they wreck someone during caution or after the race? How many times did they fight and what’s the win/lose ratio. I would also like to know height, reach and weight. Season points are still somewhat relative and deserve mention but you guys need to get in front of this change and give us all the stats we need to follow young drivers moving in to Cup. I don’t want to root for a driver that isn’t willing to wreck someone or repeatedly gets beat up in the pits.

Please someone sponsor Bubba! I can’t believe he and Ryan Blaney don’t have full-time rides yet for 2015. Yet, John-Wes Townley does. The economics of the lower series are broken so bad that Brad K. with full sponsorship still loses $1 million a year on his truck team. Definitely, don’t start a race team if you want to make a profit. It’s disturbing when drivers who are winning races and have obvious top-level talent can’t get rides.