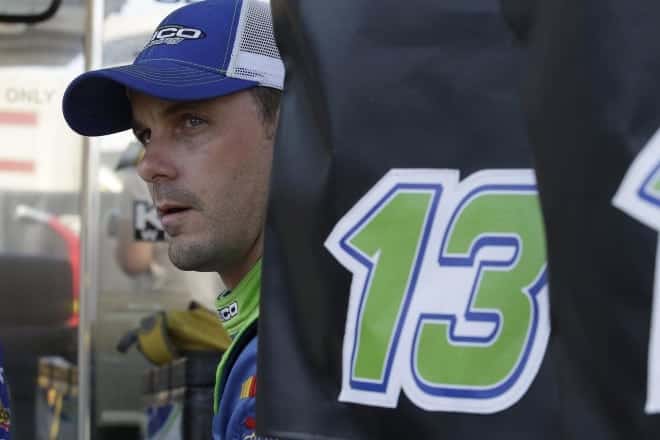 High Point: Anytime he climbed in the car at a restrictor-plate track. Mears has always been a very good plate racer, and in 2014, that showed, as he posted a 9.5 average finish in four races at Daytona and Talladega, second only to Denny Hamlin among all Cup drivers. His best finish came at Daytona in July, when he posted a fourth-place finish, his team’s best ever, and looked like he had a car that could have contended for the win if the rains hadn’t washed out the race.

Low Point: Unfortunately, this is the one that everyone’s going to remember, because it made a lot of highlight reels. Frustrated with Marcos Ambrose after the spring race at Richmond, Mears confronted Ambrose after the race… and Ambrose responded by sucker-punching Mears in the eye. The bruise to his ego was probably bigger than the one on his face.

Summary: Thanks to a technical alliance with Richard Childress Racing, 2014 was a strong one for Mears and Germain Racing. They opened with a top-10 trip at Daytona , and overall, Mears was outstanding at the restrictor-plate tracks. He was also strong at the flat tracks at Michigan, Pocono and Fontana as well as the road courses, and finished the season with a top 20 at Homestead-Miami. While the team didn’t perform to the level of JTG-Daugherty Racing, who had a similar alliance with RCR, and who made the Chase on a win, Mears did improve his team’s results.

The @GEICORacing guys put in a long hard year of work! Thanks to everyone at @GermainRacing for all they do! #13

2015 Outlook: Mears isn’t Jimmie Johnson, but he is a solid, smart driver who gives a 100% effort every time out. Sponsor GEICO is happy with his performance and has upped their backing the last couple of seasons. Mears is going to post some good finishes, and he’s got a legit shot of winning on either of the plate tracks, so while not a Chase favorite, he could wind up there with a little luck.

Mears and Barker work well together, and with RCR support, the pair is capable of moving the No. 13 onto the next tier of teams, level with Richard Petty Motorsports and a few others, but it will take a few more top-10 finishes, a few more top 15s. Mears can do that and so can his team, if they can pull a few more loose ends together.