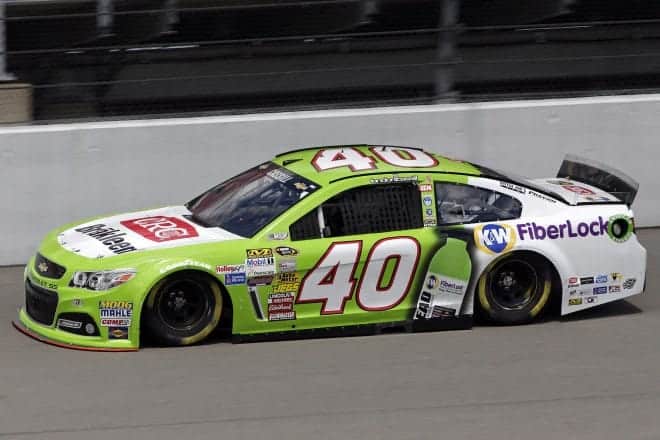 Drivers: No. 34 David Ragan, No. 38 David Gilliland (The team also ran the No. 35 in a few races with various drivers as a start-and-park)
Best finish: Ragan: 10th (Martinsville II); Gilliland: 17th (Pocono II)

2014 saw this team suffer a small backslide in performance, and it’s not just because there was no repeat of 2013’s feel-good win at Talladega. Both Ragan and Gilliland saw their average finish slide a couple of spots, indicative of a more competitive field near the back of the Sprint Cup pack. Ragan used pit strategy perfectly to score a top 10 at Martinsville, but it should be taken as just that: a strategy play that worked out. The team isn’t terrible; in fact, they’re decent for what they have, but the equipment isn’t up to snuff.

Ragan and Gilliland did a decent job of maximizing performance, sharing information and improving throughout each race. They generally finished within a few places of one another, which supports that they were hitting the limit of their stuff. Overall, there were a few decent races, but the season overall showed no growth for the organization.

Does the team need a change in 2015? Maybe. The right changes, either in the driver’s seat or behind the scenes, could be positive. There has been speculation that Cole Whitt could replace Ragan next year, but that’s been denied. Whitt has potential to help a team; he’s young, but had some surprisingly good finishes in 2014 as a rookie. There’s also the possibility that the team will return to three cars which, if done right, could be an asset or an anchor. One thing is for sure… they need to pick it up a notch, whether that means letting the veterans figure things out or bringing in new blood.

While they had some good days (those best finishes were solid), this team was missing something in 2014. At a disadvantage from the start with outdated equipment, the team made gains in 2013, but lacked a veteran presence this year. Whitt (who joined the team as part of a merger with the disbanded Swan Racing) and Bowman showed some talent, but both might have benefited from having a veteran teammate in the No. 83.

Instead, the team started the year with Bowman and Ryan Truex, really struggling to get off the ground with two rookies. A contract dispute put former driver Kvapil and Yeley in the No. 83 seat the last few months of the season, but it’s hard for an interim driver to adapt quickly. (Truex did not return and is out of a ride, currently for 2015). Whitt, in particular, had some unexpectedly good finishes (and for this team, a top 25 falls into that category at many tracks) while Bowman learned some important lessons.

Whitt appears to be headed elsewhere in 2015 (speculation has him joining FRM), and with no driver named for the No. 83, the team should be looking at finding a veteran to work alongside Bowman and a third driver. Kvapil, if he’d return full-time, could fill that role; Ragan or Gilliland, if either leaves FRM would also be a decent option. The team has shown that they’re capable of improvement; now, it’s time to put the pieces together to make it happen.

TBR did show some improvement overall in 2014; the team was able to finish races and Annett, in particular, had some strong results. For a small team, improvement doesn’t happen overnight, and to many fans, it may not seem like much of a progression, but it’s about going from top-35 finishes to top 30s and top 25s… the top 20s and top 15s don’t come easily. A year or two ago, this team was parking one or both cars early some weeks and rooting for top 30s when they did race. Now, they’re looking for top 25s. That’s real progress.

Some of that came through sturdy sponsorship from Pilot Flying J, and some came from Annett and Sorenson. Owner Baldwin has done things right so far and it’s just now starting to show. There isn’t a lot of room on the next tier of teams, but this one could move toward the top of the smaller programs within the next couple of years.

Looking ahead to 2015, TBR seems to have a good thing going. If Annett and Sorenson both return, they’re proven commodities… there might be a driver out there with more talent, more drive, more something, but there’s no standout available looking for a ride. Annett and Sorenson know the team and its capabilities, and they’ve taken the team to the next step. Bringing them back would be a positive.

Cassill might just be the most underrated driver in NASCAR Sprint Cup. He’s been able to take a team that’s at the bottom of the barrel in terms of funding and snag some very respectable finishes, including a top five at Talladega in October. The team is lucky to have him (it’s a bit surprising that Cassill hasn’t been snapped up by a bigger program), and the driver is genuinely happy to be the one having success with the team.

Over at the No. 33, several drivers were used for a variety of reasons, including sponsors and information gathering, and so the season was one where they were able to gain some experience from different sources and fresh eyes. The car was technically a Richard Childress Racing machine when Dillon or Scott was in it, and that arrangement gives the team a little extra information and money. Overall, the program had a “little engine that could” vibe going on. They may not be on everyone’s radar, but there’s a lot to be positive about.

Looking ahead, this team shows promise. Again, without a full-time alliance with a bigger team, there’s only so far they can go, but they’ve shown remarkable results given the funding they have. Cassill milks the car for everything he can get out of it; sometimes, he gets more than maybe he should. The No. 33 could use more stability. The car is farmed out to RCR for Dillon, and possibly Scott, for some races, but keeping one driver in the seat the rest of the time could help the team in the long run.

Kvapil was a decent fit and worked well with Cassill, while Timmy Hill is a young talent who works hard to learn and improve. Hill also brings cars home in one piece, important for a team that shares three chassis total.