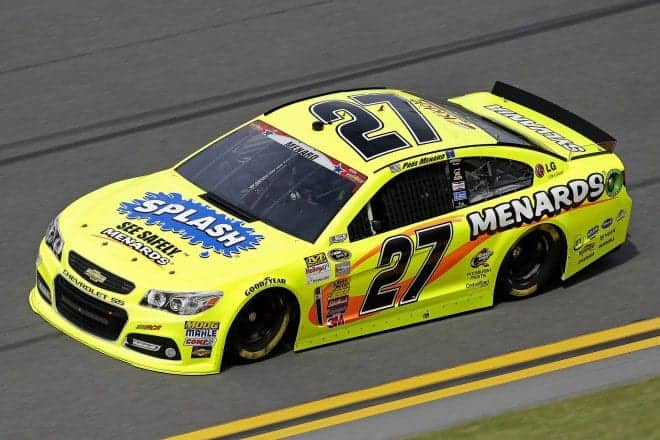 High Point: The best part of Menard’s season came in the season-opening Daytona 500. That’s where he took his No. 27 to the front and led for 29 laps. While he eventually had to settle for a 32nd-place finish, it was the rare occasion during the 2014 season where Menard looked like he actually had a chance to win.

Low Point: Indianapolis has been one of Menard’s better tracks throughout his career and it’s the place where he has his only career win. No matter what kind of season he is having, Menard is at least a sleeper pick to contend at the Brickyard. But thanks to a little help from Juan Pablo Montoya, that didn’t happen this year. Menard hit the wall early in the race after making contact with Montoya and finished 34th, two laps off the lead pace.

Summary: It was an interesting season for Menard in that he led just 45 laps – including just six off a restrictor-plate track – but it was also his most consistent season in terms of finishes. He had a career high five top fives and 13 top-10 finishes. But his 21st-place finish in the points standings was also his worst in the last four years. He also completed just 10,185 laps, the second worst tally in his Sprint Cup career.

In all, it wasn’t the year he needed to solidify himself as anything more than one of the series’ drivers who can get the job done to an extent and won’t embarrass you, but will never challenge for a title and will more often than not peak early and end up faltering down the stretch. Maybe next year.

2015 Outlook: Menard and his sponsor of the same name are signed on through the end of the 2016 season. Alexander is also expected to be Menard’s crew chief for the 2015 season, meaning their brief five-race tryout will become a full-fledged affair in 2015. Now comes the duo’s real test together: a full season.