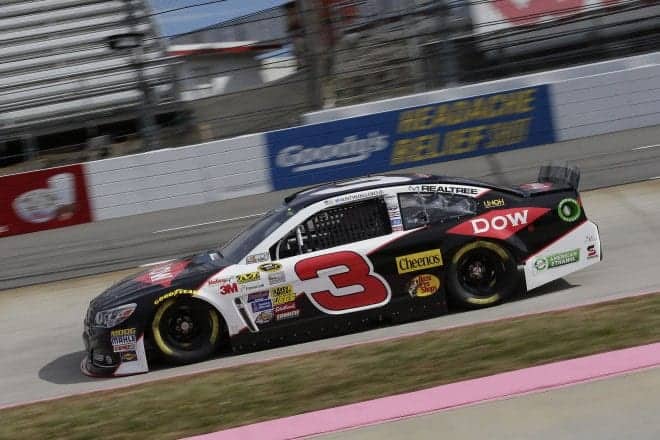 High point: Austin Dillon put the iconic No. 3 Chevrolet on the pole for the 56th running of the Daytona 500. It was the first time that the No. 3 had competed in the NASCAR Sprint Cup Series since the passing of Dale Earnhardt Sr. at Daytona International Speedway in 2001. Dillon went on to lead a single lap and finish a solid ninth to start off his rookie campaign.

Low Point: Dillon finished more than three laps off the pace only twice. One of those occasions, the Quicken Loans Race For Heroes 500 at Phoenix International Raceway, was his lowest point. After cutting a right-front tire on lap 185, the No. 3 crew noticed a mechanical failure had caused the issue and sent the car to the garage. Dillon later reemerged and finished a season-worst 38th.

Summary: Dillon served as the main competition for eventual Rookie of the Year Award winner Kyle Larson. While Dillon fell short in his own bid for ROTY honors, he held true to the form of his RCR teammates. Dillon edged Paul Menard (21st) in points, and his 10 laps led this season isn’t overly alarming considering totals were also low in that category for Menard and Ryan Newman.

2015 Outlook: Dow Chemical remains on board for 2015 as well as the other primary sponsors featured on the No. 3 Chevrolet. Gil Martin will return to his seat atop the pit box, while ECR Engines will continue to power RCR teams. Dillon looks to build on a rookie campaign that featured zero DNFs and impressive restrictor-plate results (fifth, 15th, eighth and 13th).