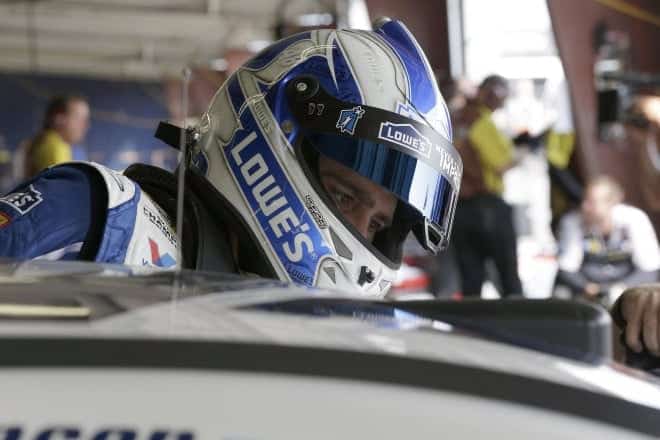 Johnson took his first win of the season at Charlotte amid rumblings that perhaps his team wasn’t quite performing up to snuff in 2014. At the time, it looked like his team had hit on something to silence the critics. But this time, the critics were right, and Johnson won just one more race: Texas in November.

Low Point: The Chase. Johnson usually plays the Chase game better than anyone, but not this year. He had a terrible run of races after an okay start (40th at Kansas, 17th at Charlotte, 24th at Talladega and 32nd at Martinsville) which made for a terrible Chase under any format. Perhaps the lead-in should have been an omen. Johnson, who was ill after the race at Richmond, is absent from the Chase driver photos as a result. And as it turned out, he was all but absent from the Chase itself.

Summary: 2014 was easily the worst season of Johnson’s career. His 11 top fives was the lowest number he’s seen since his rookie season in 2002. His top-10 total of 20 was his worst since 2003. His 15.3 average finish was the worst of his career, as was his 11th-place points standing. For some drivers, having the numbers Johnson put up this season would have made for a great year, but for Johnson, it was below the massively high standard that his team has set for themselves. It had its bright spots, like that run of wins in May and June, and Johnson started the Chase decently. He also grabbed the win at Texas late in the season, and ended with a top 10 at Homestead.

2015 Outlook: Like it will for every driver, 2015 will largely depend on how quickly and how well Johnson adapts to the new rules package, with its reduced downforce and horsepower. And it could go either way. On one hand, Carl Edwards recently likened the 2015 cars to those of several years ago, and Johnson was winning races and titles hand over fist at that time.

On the other, Johnson never got nearly as comfortable in a Busch/Nationwide/Xfinity Series car as he did in Sprint Cup cars, and those cars have always been lower in both power and downforce than their Cup counterparts. Johnson should be able to bounce back in terms of the Chase; he and his team know how to play that game. But it all comes down to the cars and individual race strategy, an area where the No. 48 team has lost an advantage over the last couple of years.