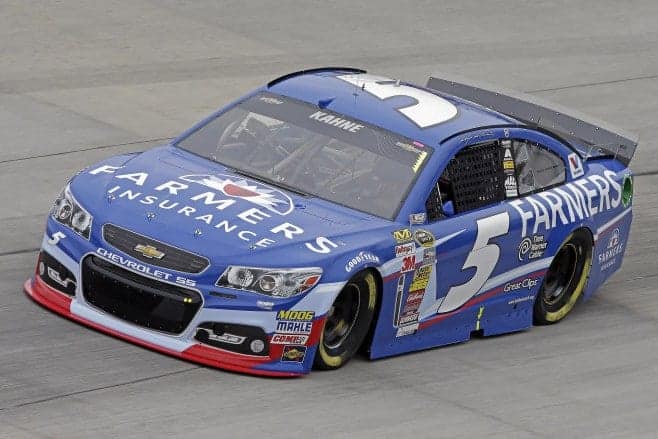 High Point: Hands down Kasey Kahne’s win at Atlanta in August was his season highlight. Winless to that point, Kahne knew a victory was his only chance to make the Chase. His points position would not be enough, especially with drivers like Matt Kenseth without a win as well. You could tell this win meant a lot to Kahne, not just because it guaranteed him a spot in the Chase, but it showed that he and his team could still win, as long as the chips fell the right way.

Low Point: Kahne did not have the season he had hoped for, and all of that frustration came to a head at Martinsville in October. Kahne was struggling to stay ahead of the leaders and on lap 160 spun Brian Vickers in what looked like a typical Martinsville incident. Vickers did not see it that way and retaliated on lap 221, spinning Kahne and sending the No. 5 team to the garage for repairs. Kahne eventually came back out, and on lap 277 spun Vickers as part of his own retaliation. NASCAR eventually stepped in and told both drivers to refrain from further contact, but the damage was already done.

Summary: Since joining Hendrick Motorsports in 2012, 2014 was Kahne’s poorest season – statistically speaking. His numbers were lowest of all three seasons across the board including wins, top fives, top 10s, average start and finish, poles and laps led. However, as has been the case every season, Kahne showed the speed necessary to compete every week. Luck just has not been a friend of the No. 5 team. Certainly not the performance you hope for in a contract year.

However, Kahne recorded a clutch victory in Atlanta in August, locking him into the new Chase format. He advanced through the first round and missed advancing past the second round by a single point.

2015 Outlook: To the surprise of many, Rick Hendrick signed Kahne to a three-year contract extension, locking him into the No. 5 car through the 2018 season. Hendrick also brought back Keith Rodden, who left to crew chief for Jamie McMurray in 2014. Rodden replaces longtime crew chief Kenny Francis for the 2015 season.

2015 could be a big year for Kahne. First, he got all of the contract negotiations out of the way before the season begins. This removes a big distraction. Add to that the return of Keith Rodden to the team as crew chief and Rick Hendrick might have just created the next dream team. Now don’t get me wrong, the Kahne/Francis duo was pretty spectacular. But this change just might be the jolt the No. 5 team needs to take them to the next level.