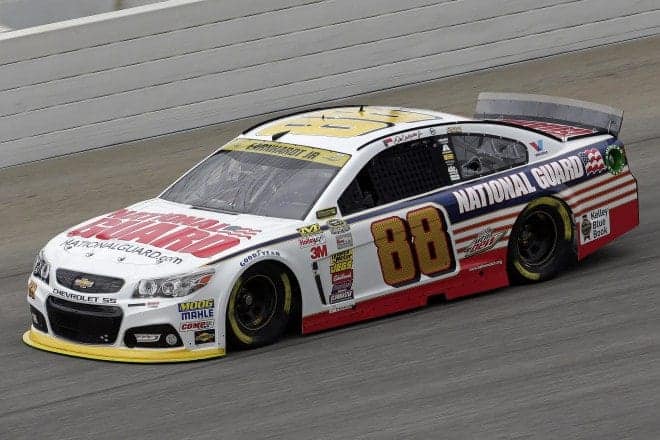 High Point: Starting off the season with a win in the Daytona 500 is going to be the high point of nearly every driver’s career. However, when you already have a Harley J. Earl trophy on your mantle, there is one other trophy that might mean a little more. Earnhardt is an excellent short-track racer, but a win at Martinsville had escaped him for his entire career until this season. The emotion shown by Earnhardt after the win, and the subsequent post-race party that went until well into the next day, are proof enough that the No. 88 win at the shortest track on the circuit was actually the high point of the season.

Low Point: With the most wins in his career since 2004 and a team that seemed capable of winning the championship if the chips fell the right way, the blown tire and subsequent wall contact that resulted in a 39th-place finish at Kansas stands out as the low point of the season for Earnhardt. The DNF that came up 63 laps shy of the full distance essentially buried Earnhardt’s hopes of winning a title. The win in Martinsville during the next segment of the Chase would have sent Earnhardt to Homestead with a chance to win the title. Instead it just put a clock in his living room and thoughts of what might have been into his head.

Summary: Earnhardt scored a second win in the Daytona 500 and spent as much time at the front of the pack as he did in 2004 when he was last considered a threat to win the championship. Multiple television and radio interviews throughout the season revealed a driver who has come to realize his role in making a title run and a new focus for the most popular driver in the sport.

In Las Vegas Earnhardt claimed his 12th consecutive most popular driver award. That is the most consecutive awards for any driver in the history of the sport. Four more will tie him with Bill Elliott for the most all time. With the checkered flag flying at Homestead Earnhardt ended his run with crew chief Steve Letarte. Letarte is heading to NBC to work as a color analyst for the new television package that starts in 2015.

Earnhardt’s success was not limited to on-track adventures. Lionel released their list of the 10 best-selling diecast cars of 2015. Earnhardt Jr. had the top three, four of the top five and five of the top 10. Earnhardt was also the best-selling driver in all merchandise sales for the season. It isn’t a surprise since he is the most popular driver, but owning half of the top-10 selling cars, when no one else has more than one, is a very impressive feat.

2015 Outlook: Earnhardt opens a new page in his career with Greg Ives on the box when the No. 88 hits the track in Daytona in February. Ives is fresh off of a season leading Chase Elliott to the Nationwide Series championship and Rookie of the Year honors in the series. Earnhardt looks to ride the momentum generated this season to another Chase berth and a shot at a Cup Series title.

Earnhardt is currently tied for 31st on the all-time wins list. A five win season would put him into the top 25. A season like that would make Earnhardt a serious title threat and give him the opportunity to finally get the monkey off his back of not winning a title in the top series of the sport.