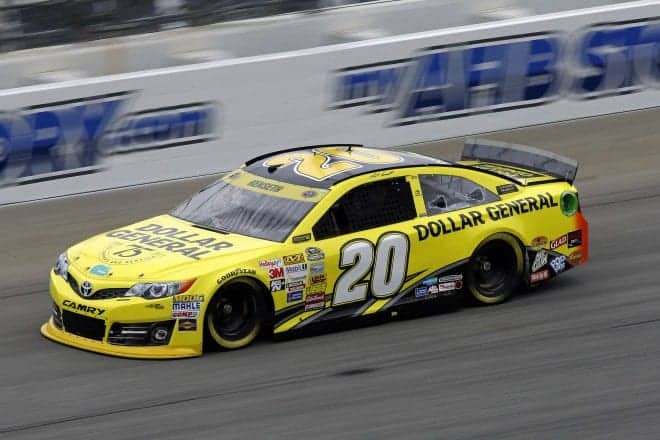 High Point: It’s difficult to find one particular bright spot in what was a consistent, yet unspectacular season for Matt Kenseth. In his second year at Joe Gibbs Racing, it was expected that Kenseth would be one of the contenders for the title, and he was. However, he made it to the final eight of the Chase without a win. The high point for Kenseth this year is not necessarily an individual moment, but his collective effort of having 13 top-five and 22 top-10 finishes. He led 165 laps in the fourth race of the season at Bristol, when he finished third, and also had a sniff of victory in the fall Talladega race, where he finished second.

Low Point: Kenseth’s title hopes were high and then doomed at the same racetrack on the same weekend. He started on the pole in the second race of the Eliminator Round of the Chase at Texas, but was left with a 25th-place finish after a lugnut issue on a late pit stop and making contact with Ryan Newman. That left him with a win or out situation going into the penultimate race at Phoenix, which he could not do.

Summary: One of the reasons the Chase for the Championship format exists is because when Kenseth won his title in 2003, he did it with just one victory. The idea was to place more emphasis on winning, and that was heightened this year when the format was adjusted to place even a higher value on winning.

However, Kenseth didn’t win in the first 26 races of the season, and then not in next six, but was still one of the final eight in the hunt for the title. That was because he had one of the most consistently good years of his career by equaling his second most top-five and top-10 finishes. What Kenseth did get though was his 11th top-10 points finish in his 15 full seasons on the Cup circuit.

2015 Outlook: Kenseth is set for his third season at Joe Gibbs Racing and will have Ratcliff as his crew chief again. He will also have a familiar face as a teammate as former Roush Fenway driver Carl Edwards will be in his first season with JGR, making it a four-car team. So, it will be interesting to see if those two can help each other out in terms of communicating what kind of setups they like on their cars.

Even though Kenseth will be turning 43 in March, he still has to be considered one of the favorites for the title heading into the season. And while it was stunning to see him not win a race in 2014, it would be even more stunning if he doesn’t win in 2015.