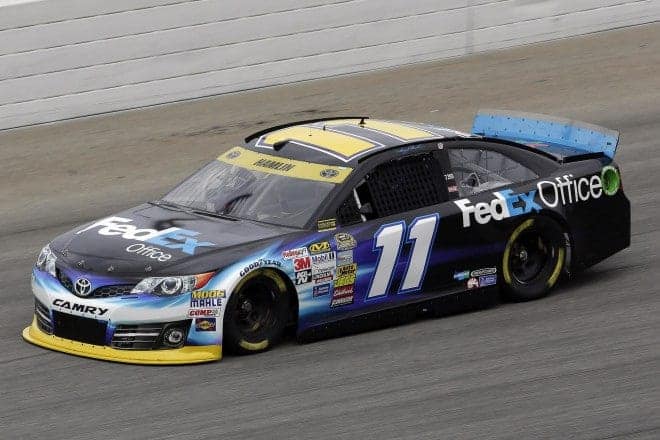 High Point: With just a handful of laps to run, Hamlin was out front of the pack at Homestead-Miami Speedway under green and headed toward a maiden championship after a non-pitting gamble from crew chief Darian Grubb. But two late cautions saw his chances evaporate as Kevin Harvick powered by to win his first championship.

Low Point: For a second straight season, Hamlin’s low point came at Auto Club Speedway back in March, where he had to sit out the race at very late notice with a medical condition later diagnosed as a sliver of metal in his eye. Side note: much to the chagrin of the folks who selected him for their fantasy teams that week.

Summary: Hamlin started out the season strong at Daytona with a victory in the Sprint Unlimited, a race he had last won as a rookie all the way back in 2006, another victory in his Budweiser Duel qualifier and a second-place finish in the Great American Race. Hamlin finished sixth at Bristol in the fourth race of the season before sitting out the next race at Auto Club Speedway. Four races later, Hamlin picked up a crucial victory at Talladega, his first at the famed and feared old track locking him into the playoffs.

Into the Chase and few prognosticators gave Hamlin any chance off getting out of the second round of eliminations. An eighth-place run at Martinsville, 10th at Texas and fifth-place run at Phoenix gave Hamlin enough points to make the final four and return to a track at which he’d won in 2013. In the end, a late gamble not to pit and a pair of caution flags put paid to Hamlin’s shot at winning it all, but it’s worth noting under green with six to go Hamlin had the race lead and was just nine measly miles away from a maiden title.

2014 was not a vintage year for the Joe Gibbs Racing Toyotas but even given a relative lack of speed, Hamlin made it all the way to the waning laps on the final race. As a driver, you can’t ask for much more than that opportunity.

2015 Outlook: With a new crew chief in Dave Rogers, a head wrench Hamlin communicates with well, and arguably the best pit crew on pit road, if the JGR cars have better speed in 2015, expect Hamlin to be a challenger, win races, and make the playoffs: at which point anything can and probably will happen.