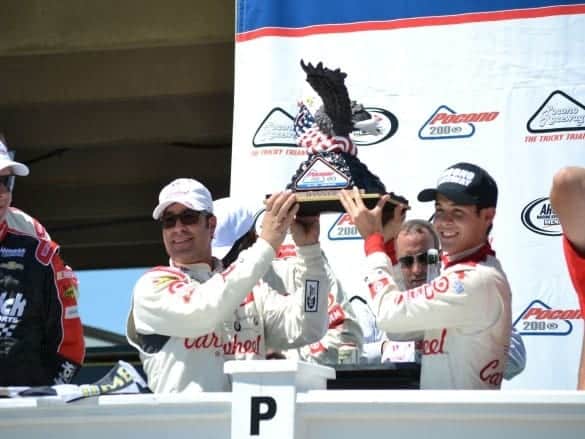 Just a few weeks removed from announcing Ben Kennedy had joined its lineup for the 2015 season, Red Horse Racing announced his crew chief on Friday. Veteran Scott Zipadelli has moved from the XFINITY Series to sit atop the pit box for Kennedy’s sophomore season.

“Scott Zipadelli has great experience on top of the pit box and brings a lot to the program,” added Kennedy. “I am really looking forward to working with him and can’t wait to unload our No. 11 Toyota Tundra at Daytona (International Speedway) in February.”

Zipadelli first began as a crew chief in 2007 and has since worked with 17 drivers, including Kyle Larson during the 2014 XFINITY Series season. Together, the duo scored two wins, one pole and an average finish of 8.4 last year.

“Red Horse Racing is a well-respected organization that has had a lot of success in the NASCAR Camping World Truck Series, and I am very excited to be a part of it,” Zipadelli said in a team release. “Ben (Kennedy) is a talented driver and I have high expectations for him and the No. 11 team. He had an outstanding rookie season, and our goal this year is to win races and put ourselves in position to contend for the 2015 championship.”

During his Rookie of the Year season, Kennedy scored one top 5 and seven top 10s en route to finishing ninth in the standings.