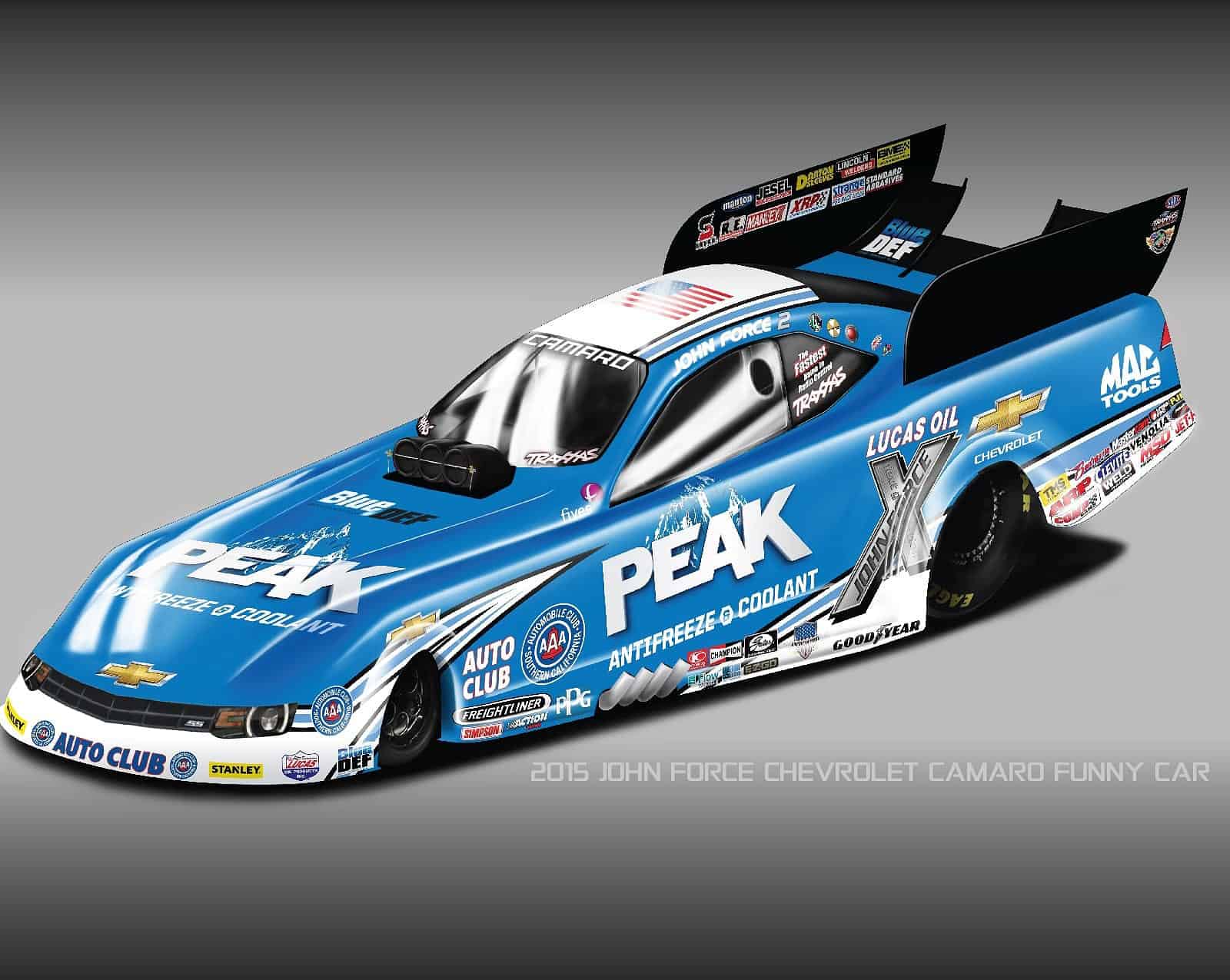 John Force Racing and Chevrolet announced today that the team will campaign three Chevrolet Camaro Funny Cars along with the JFR Top Fuel Dragster beginning with the 2015 season.

“John Force is a champion and a legend both on and off the track, as a driver and as a team owner,” said Jim Campbell, Chevrolet Vice President for Performance Vehicles and Motorsports. “John Force is a racer’s racer and a fierce competitor, and we are excited to welcome John and his team back to Chevrolet.”

Force began his career in a Chevrolet, making his first 60 starts for the manufacturer. Between 1978 and 1986, he raced in Corvettes, Citations, Camaros, and Cavaliers. He also won the 1994 Funny Car championship driving a Chevy Lumina.

“I won my first round of racing, went to my first final and got my first No. 1 in a Chevy. Since then I have won more rounds, races, championships than anyone in the sport. I have the record for most No. 1 qualifiers too and I can’t wait to get to the Winternationals and start adding to those records in a brand new Chevy,” added Force.