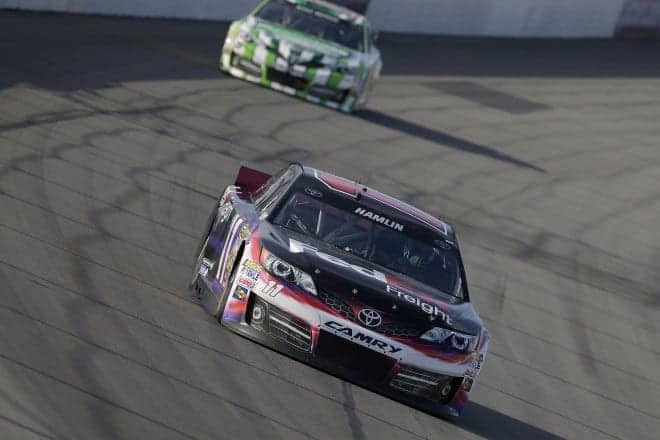 November 2014: team owner Joe Gibbs was watching his team’s last chance for the Cup title slip away as the laps ticked down in the Ford EcoBoost 400 at Homestead-Miami Speedway. Denny Hamlin, the team’s last hope as both Matt Kenseth and Kyle Busch had already been eliminated from contention, ultimately fell short of the championship.

But that was last year, and the Joe Gibbs Racing organization is back for 2015 and ready to make a statement after making deep changes during the off-season. Not the least of those changes is the addition of the No. 19 team and driver Carl Edwards, a proven title contender. Edwards, the 2011 runner-up, joins Hamlin as a driver who has been to the brink of a championship and the proven champion Kenseth. Together with the ultra-competitive Busch, the JGR trio represents championship-caliber talent that can be a threat almost anywhere.

In order to ensure each team within the organization the best chance at success, other team personnel were also shuffled in an attempt to pair drivers with crew chiefs who understand them and will make the changes necessary to win throughout races. Newcomer Edwards will be paired with 2011 champion crew chief Darian Grubb, who also has some of the sport’s elite races on his resume, including the Daytona 500 and Coca-Cola 600. Hamlin will be paired with Dave Rogers, who has 13 Cup wins with Kyle Busch. Adam Stevens, with whom Busch has dominated in the XFINITY Series in recent years, moves up to take the reins for the No. 18 team, while Jason Ratcliff remains with Kenseth.

Adding a fourth team was not easy, but ultimately, team officials feel it was the right call. Even before 2014 was on the books, there was shopping to be done—expensive shopping for things like a hauler and pit equipment. But competition director Jimmy Makar, who has seen JGR grow from just 17 employees to the mega team that it is today, says it’s worth the effort.

“It’s been quite an ordeal. It seems like after the second and third teams, this fourth team is exponentially harder,” Makar said Monday. “There are a lot more people to deal with… but we’ve got some really great people coming on board and it’s been neat to watch the chemistry work, especially with the changes in crew chiefs among our teams.”

When the season starts at Daytona next month, Joe Gibbs notes there’s a little extra motivation to come out of the box strong. The team won the Great American Race in only its second attempt, with Dale Jarrett in 1993. Twenty-one Daytona 500s have come and gone since then, without a return trip to Victory Lane. The team would like nothing more than to make a statement by returning in February.