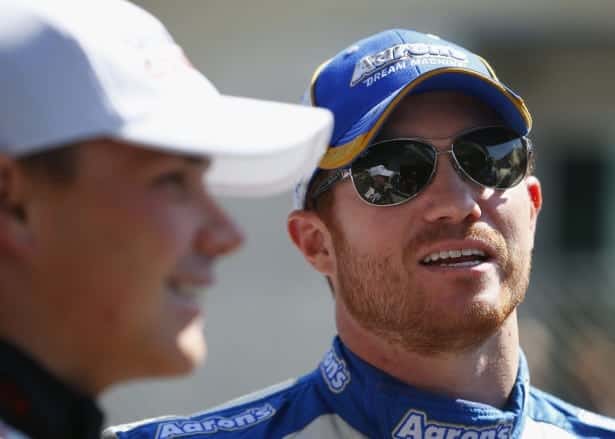 Michael Waltrip Racing has announced Brett Moffitt will fill in for Brian Vickers in the No. 55 Toyota Camry at Atlanta Motor Speedway. Driving the second event of the year, the 22-year-old will run his eighth NASCAR Sprint Cup Series event.

“Brett has been working with our team for a couple of years, and we would go test last year, he was as fast as anybody,” said Michael Waltrip, co-owner of Michael Waltrip Racing. “He can get out there and run right in the middle of them. He gives good feedback and has a work ethic like nobody that I have ever seen. He was overwhelmingly the first choice to drive the car.”

After signing a development deal with Waltrip’s organization during the middle of the 2014 season, Moffitt is set to run a few races besides the one event at Atlanta, but his schedule has yet to be finalized. In seven career starts, he has a career-best finish of 22nd at Dover in his Cup debut last year. Although he never finished on the lead lap and did not qualify for the Brickyard 400, he has been given the clearance by Aaron’s and team executives to get a shot at running this event.

“I was just honored,” Moffitt told Frontstretch. “It’s such a great opportunity, and I’m really grateful for Aaron’s for giving me this opportunity. Michael Waltrip Racing pushed me to Aaron’s and said this is the guy we want. Everybody at the race shop is a supporter of me, and it really helps and brings confidence to my table.

“I don’t see it as pressure, I see it as an opportunity. It is a great race team, and I want to go out there and win the race. That may not be realistic in some people’s eyes, but I think with these people, we can have a shot at it.”

The primary driver of the No. 55 car, Vickers, is sitting out until the third event of the year at Las Vegas. Following an off-season cardiac surgery in mid-December, he was recently cleared to return to the track in March. Vickers was on the way to an Aaron’s photo shoot when he began to feel ill. Making a trip to the hospital, he immediately had surgery for a patch on his heart that was covering a gap between his right and left atria. Recovering in the Intensive Care Unit (ICU) for more than a week, he has been able to work his way back to “feeling great” just over a month later.

“I certainly had my two cents and I said that Brett would be a fantastic choice,” Vickers explained. “It was really up to Rob (Kaufmann) and Michael. I have no doubt that it is the right decision. Brett has done so much for MWR. He has such a good attitude, and he’s just a really good race car driver.”

This year will be the third since 2010 that Vickers will have to miss at least one event due to health-related issues.

“It’s hard to see your car out there,” said the three-time Sprint Cup Series winner. “When I’m watching a race that I’m not supposed to be in, I can sit back, relax and enjoy it. When I’m watching a race that I feel like I’m supposed to be in, it’s my car going around the race track. Unfortunately, I’ve had to watch that too many times. It’s a completely different emotional reaction. I try my best to go to as many races as I can stomach in the few times I’ve been out of the car. Quite frankly, it sucks. It is one thing watching a great NASCAR truck race or XFINITY race, but watching one that you are supposed to be in just sucks.”

Waltrip will pilot the No. 55 car at Daytona, starting his 28th Daytona 500. In addition, he will likely run the three remaining restrictor plate races, but he said this year could possibly be his last Daytona 500.

“We’re going to focus on winning the championship with our two cars,” Waltrip continued. “In 2016, if we find the right sponsorship partners, we would certainly look at having a third team then.”